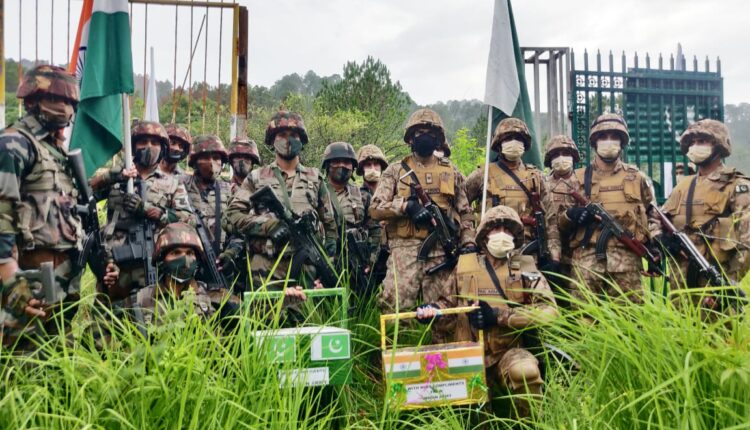 Kupwara/Poonch: Indian and Pakistani Arnies on Wednesday exchanged sweets on the occasion of Eid-ul-Adha at various places along the Line of Control in Jammu and Kashmir.

Both the sides also exchanged sweets at the historic Teethwal crossing bridge and Kaman Aman Setu at Uri in the twin North Kashmir districts of Kupwara and Baramulla respectively.

The ceremony is seen as an enhanced confidence building measure in the backdrop of ongoing ceasefire between both the countries. Greetings and best wishes of peace and harmony were conveyed to the Pak Army officials from the Indian Army. The gesture was appreciated by them and is expected to further promote goodwill and mutual trust.

Army spokesman said that all the necessary Covid-19 protocols were followed during the exchange of sweets by the two sides.

Notably, after the recent ceasefire agreement between the two countries in February, the situation close to the fence has improved with border tourism getting the required momentum and native people living without fear like never before.