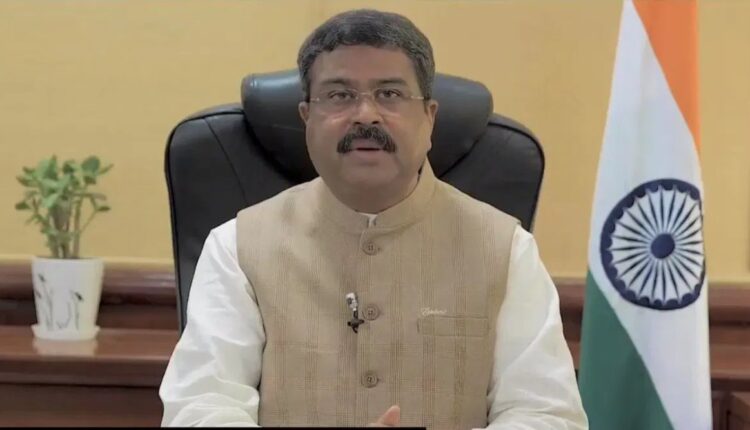 NEW DELHI: The President of India, Visitor to central universities, has finalised the appointments of vice chancellors in 12 varsities, the Rajya Sabha was informed on Thursday.
“A total of 22 posts of vice chancellors (VCs) in central universities, under this ministry, are vacant, out of which appointments to 12 posts have already been finalised by the Visitor. The incidence and filling up of vacancies of VCs in universities is a continuous process,” Union Education Minister Dharmendra Pradhan, said in a written reply, in the Upper House.

Our economy is returning to normalcy post-Covid and world…

He, however, did not name the universities for which the VC appointments have been finalised.
“The process of appointment of vice chancellors in central universities is a time-consuming exercise which involves getting the Executive Council and court”s nomination of the central university concerned, constitution of search-cum-selection committee, advertisement of posts, scrutiny of applications, interaction with shortlisted candidates, getting vigilance clearances, approval of the competent authority, among others, hence, no time-frame can be indicated,” Pradhan underlined.
The central varsities currently without any regular VCs include leading educational institutions like the Banaras Hindu University, Delhi University and the Jawaharlal Nehru University.
These also include the North-Eastern Hill University (Shillong), Manipur University, Assam University (Silchar), Guru Ghasidas University (Chhattisgarh), Sagar University (Madhya Pradesh), two Sanskrit universities in Delhi, two central universities each in Bihar and Jammu and Kashmir, and one varsity each in Jharkhand, Rajasthan, Haryana, Tamil Nadu, Himachal Pradesh and Nagaland. (Agencies)

The Advisory Committee of the Indian Olympic Association has recommended cash awards for athletes participating in #TokyoOlympics. Gold medal winner to get Rs 75 lakhs, Rs 40 lakhs for silver medal winner & Rs 25 lakhs to bronze medal winner. Each participant will get Rs 1 lakh.