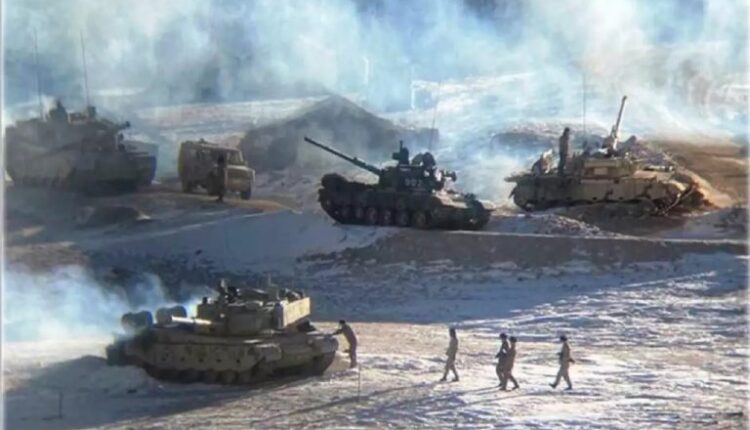 NEW DELHI: Seeking to tackle the Chinese forces, the Indian Army pulled out units engaged in counter-terrorism operations in the Northern Command area to deploy them along the Line of Actual Control in the Eastern Ladakh area some months ago.

The counter terrorism division was pulled out of operations from within the Northern Command area and deployed in the Ladakh sector many months ago.

“The Division-size formation (around 15,000 troops) was moved from counterterrorist operations to the Ladakh area to tackle any possible attempt by the Chinese to show aggression there,” government sources said.
The movement of the formation has helped the Army to maintain reserves tasked for operations along the Northern borders.

The reserve formation positioned in the Sugar sector is trained for high mountain warfare and conducts war games in the cold desert areas of Ladakh every year. Since last year, they have been heavily involved in the stand-off with China since last year.

Army has filled in the gaps created due to the movement of the division to the forward positions using the resources available to it.
India has deployed around 50,000 troops in the eastern Ladakh sector and has helped increase the force levels by more than double.

In view of the Chinese aggression, the 14 Corps in Leh now has two divisions under it to take care of the China border including the Karu-based 3 Division. Some additional armoured units have been deployed in the area which is seeing heavy troop mobilisation since last year.
Last year in the April-May timeframe, the Chinese moved in troops swiftly from an exercise opposite eastern Ladakh and transgressed at multiple locations.

The Indian government responded in a big way and deployed an almost equal number of troops there to keep the Chinese in check.
The situation had worsened to a point where bullets were fired on the China border after over four decades and 20 Indian soldiers lost their lives in a clash with the Chinese who have been hiding the number of their dead in the Galwan valley clash of June 15 last year.

The Indian Army has since then been a very high alert all along the LAC and further strengthening its positions on the LAC.

Even though there has been a partial withdrawal of troops from the two banks of the Pangong lake, the tensions remain as the Chinese have been reluctant to move out from friction points in the Gogra Heights-Hot Springs area.

The two countries have held multiple rounds of talks to resolve the issue but not much success has been achieved so far. (Agencies)