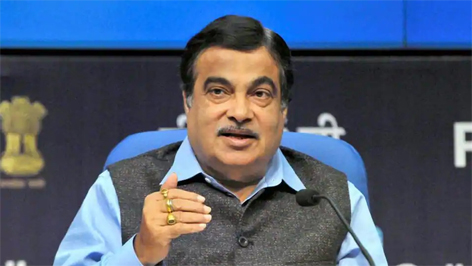 NEW DELHI, July 29: The work progress of expressway projects is being monitored by the road ministry and the National Highways Authority of India at top level, Parliament was informed on Thursday.
In response to a question in the Lok Sabha, Road transport minister Nitin Gadkari said that regional offices of NHAI and project implementation units are also monitoring these projects to ensure timely completion.

All expressway projects are targeted for completion by 2024-25, the minister said.
As per the minister’s written reply, Delhi-Mumbai Expressway (1,291 km), Delhi-Amritsar-Katra Expressway (672 km), Bengaluru-Chennai Expressway (262 km), Ahmedabad-Dholera Expressway (109 km), Kanpur-Lucknow Expressway (63 km), Dwarka Expressway (28 km) and Delhi-Meerut Expressway (82 km) are targeted for completion by the year 2024-25.
“The implementation and timely completion of projects are monitored by Ministry and National Highways Authority of India at headquarters level as well as regional offices and project implementation units level through periodic review meetings,” Gadkari said.
He informed that as of now, three foreign agencies — Dhaya Maju Infrastructure (Asia) Sdn. Berhad (DMI), JiangXi Construction Engineering (Group) Corporation Limited & OJSC Euro-Asian Construction Corporation Evrascon are involved in the construction of Delhi–Mumbai Expressway and Delhi–Amritsar–Katra Expressway through joint ventures with Indian infrastructure companies.
Replying to a separate question with regard to vehicle scrappage policy, Gadakri said the ministry does not have any data on the amount being given by scrap companies in lieu of old two-wheelers and four-wheelers and other vehicles under the new vehicle scrappage policy.
“Government has issued notification no. GSR 190(E) dated 15.03.2021 which provides for Motor Vehicles (Registration and Functions of Vehicle Scrapping Facility) Rules, 2021 for establishment of Registered Vehicles Scrapping Facility (RVSF).
“The transactions between RVSF and vehicle owners are market based and not determined by the Government,” Gadkari said. (Agencies)

Lieutenant Governor, Manoj Sinha attended the “Vishal Pashudhan Vyapar Mela” at Hiranagar, Kathua. The first of its kind event in the UT will provide a major fillip to Animal Husbandry sector with additional source of income to the farmers: Office of LG J&K

I want to congratulate everyone that the new education policy has completed a year… Even amid the pandemic, the policy is being implemented with help of suggestions of over lakhs of citizens, teachers, autonomous bodies and by deploying task force, in a phased manner: PM Modi