India categorically rejects any reference to J&K in such joint statement. J&K & Ladakh have been and will remain and integral and inalienable parts of India: MEA Spokesperson Arindam Bagchi on Pakistan and China Foreign Ministers making references to J&K in their joint statement 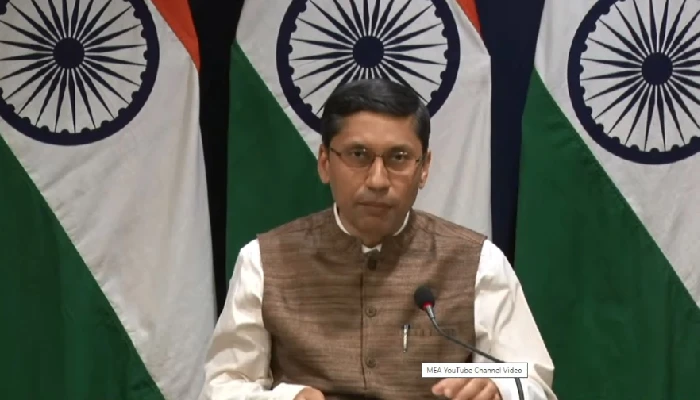 The joint press release has also made a reference to the so-called China Pakistan Economic Corridor. We have consistently conveyed to China & Pakistan that the so-called CPEC is in India’s territory that has been illegally occupied by Pakistan and that we resolutely oppose: MEA

Any attempts by other countries to change the status quo in areas illegally occupied by Pakistan as also to Pakistan bringing up any material change in Indian territories under its illegal occupation…we call upon parties concerned to cease such action: MEA Spox Arindam Bagchi