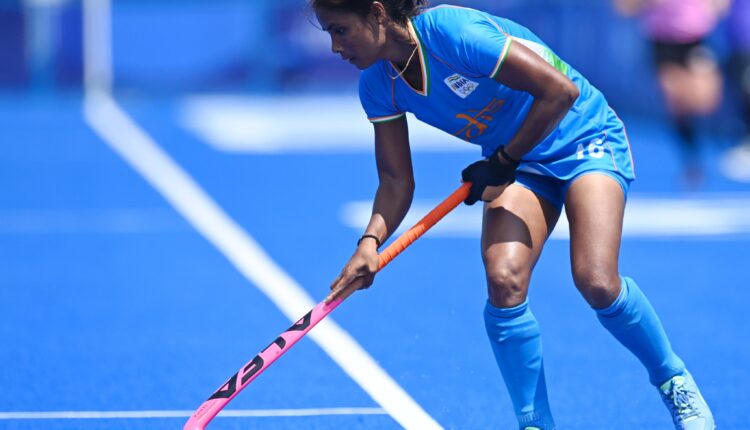 Tokyo [Japan], July 31: Vandana Katariya who scored three of India’s four goals against South Africa in the final pool A hockey game became the first Indian woman to register a hat-trick at the Olympics here at Oi Hockey Stadium — South Pitch on Saturday.
The 29-year-old forward’s three goals made sure that the women’s hockey team’s hopes to qualify for the quarter-finals of the Tokyo 2020 Olympics remain intact as it will now depend on the outcome of the Ireland and Great Britain game.

“She shoots, she scores! Vandana Katariya scored 3 of #IND ‘s 4 goals in their match against #RSA to become the first Indian woman to register a hat-trick at the Olympics!” Tokyo 2020 for India tweeted.
In their five Group Stage matches, India won two and lost three. Katariya scored her first two goals in the starting two-quarters of the match and completed the hattrick by scoring the winner in fourth. Neha Goyal was the other scorer for India as the team edged South Africa 4-3 in a thriller. (Agencies)

LADAKH | LG R K Mathur today visited Saboo village to inaugurate a village water reservoir. He stated that importance of zing has become all the more relevant with climate change becoming prominent & the concept must be revived to cater to water needs of the people.