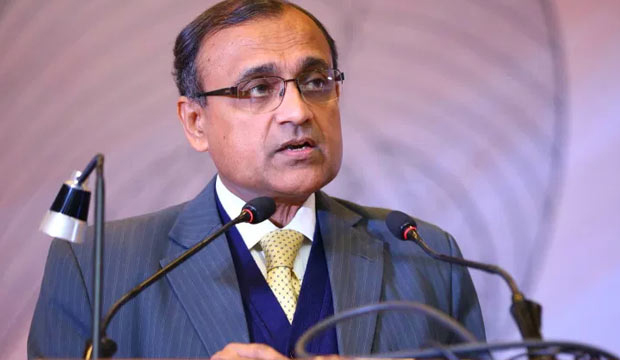 United Nations, August 2: Jammu and Kashmir is an integral and inalienable part of India and if there needs to be a change in status it is the vacation of Pakistan-occupied Kashmir, India’s Permanent Representative to the UN and President of UN Security Council for the month of August T S Tirumurti said on Monday.
India, currently a non-permanent member of the UN Security Council for the 2021-22 tenure, assumed the rotating Presidency of the powerful UN organ for the month of August.

Briefing reporters at the UN Headquarters on the Council’s Programme of Work on Monday, Ambassador Tirumurti said India will host signature events on the key themes of maritime security, counter-terrorism and peacekeeping.
In response to a question on Jammu and Kashmir and the abrogation of Article 370, Tirumurti said, “Right at the outset, I do want to make something very clear that Jammu and Kashmir is an integral and inalienable part of India. I think it”s important to recognise that. And the issues relating to the Union Territory of Jammu and Kashmir are internal affairs of India. In fact, even the members of the Security Council, when this was brought up, almost all of them agreed that this issue was not for the Council to discuss.”
In response to another question on UN Secretary-General Antonio Guterres’ statement of August 8, 2019, on the situation in Jammu and Kashmir, Tirumurti said, “As I told you, Jammu and Kashmir is an integral and inalienable part of India. If there needs to be a change in status, it is the vacation of the Pakistan-occupied Kashmir.”
The Secretary General’s 2019 statement had recalled the 1972 Agreement on bilateral relations between India and Pakistan – the Simla Agreement – which states that the final status of Jammu and Kashmir is to be settled by peaceful means, in accordance with the Charter of the United Nations.
Referring to the Simla Agreement, Tirumurti noted that the 1972 agreement “in fact has been mentioned by the Secretary-General himself.”
Tirumurti underlined that the 1972 Simla agreement provides that the resolution of differences between the parties should be resolved by peaceful means and by bilateral negotiations.
“So I think since Pakistan has signed off on this,” it is hoped “that they will follow through on this and implement the provisions of the Simla agreement.”
Tirumurti added that the Constitutional changes in Jammu and Kashmir relate to the Temporary Provisions on Jammu and Kashmir, including in Article 370 of the Indian Constitution.
“These changes have been brought through established parliamentary procedures and it is well within the framework of the Constitution of India to effect these changes. So any change or modification to Article 370, like any other provision of the Constitution, is the sole prerogative of the Parliament of the Republic of India,” he said.
The Indian envoy reiterated that it is “absolutely legitimate on our Parliament to pass laws and rules and regulations relating to Jammu and Kashmir.” (Agencies)

The details of number of incidents of Ceasefire Violation/Cross Border Firing in Jammu and Kashmir by Pakistan during the last three years, month-wise is as under: Ministry of Home Affairs (MHA) in Lok Sabha