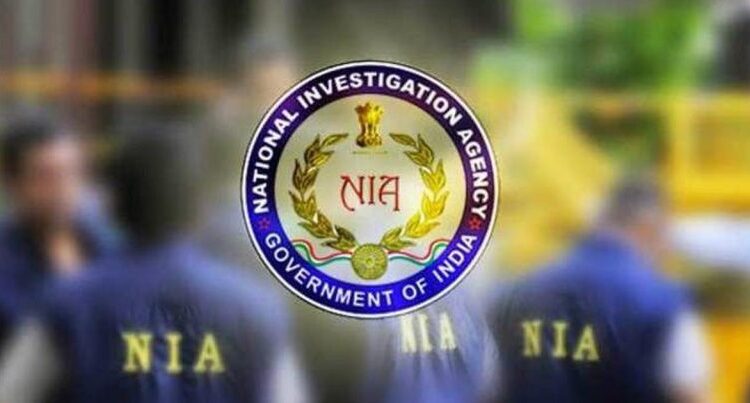 Jammu: The National Investigation Agency started raids on the premises of Jamaat-e-Islami activists at multiple locations across Jammu and Kashmir in connection with a case supporting and funding terror activities.

Searches started around 5 am raids in Doda, Kishtwar, Ramban and Rajouri districts in Jammu division, besides a number of places in Kashmir including Anantnag and Shopian districts, sources said. The details were awaited.

Apart from this, searches were also going on at the premises of Falah-E-Aam Trust in Srinagar’s Nowgam area among other places across the Union Territory.

The Central government had banned Jamaat-e-Islami following 2019 Pulwama terror attack in which 40 CRPF personnel were killed.

The NIA had early this year registered a case against its office bearers and members for allegedly supporting terror activities at the behest of Pakistan.

Last month, NIA had arrested nearly half a dozen people following multiple raids at various locations across Kashmir Valley in connection with ISIS conspiracy to radicalize and recruit local youth for carrying out terror activities. The raids had followed termination of 11 employees by the Jammu Kashmir Government including two sons of Hizbul Mujahideen chief Syed Salahuddin for alleged terror links.

Last month, NIA had during multiple raids across Kashmir Valley arrested nearly half a dozen people including the head of an Islamic seminary in connection with a case regarding ISIS (Islamic State) conspiracy to radicalize and recruit impressionable youth in the country to wage “violent jihad against the Indian state.”

The raids had come a day after the J&K government sacked 11 employees including two sons of Hizb-ul-Mujahideen chief Muhammad Yusuf Shah alias Syed Salahuddin on charges of being involved in anti-India activities. The Hizb chief’s sons were fired based on the investigations done by the NIA in an alleged terror funding case, the government had said.

The NIA sources said that its teams assisted by J&K police and Central Reserve Police Force (CRPF) raided ‘Siraj-ul- Uloom’ seminary in Srinagar’s Dalal Mohalla, Nawab Bazaar area and seized some office records and a laptop and also took its chairman Adnaan Ahmad Nadvi into custody. The institution is reportedly affiliated with an Islamic seminary of Uttar Pradesh. Soon raids were conducted in Pushroo, Sunsooma, and Achabal villages of Anantnag and five persons identified as Javaid Ahamad Mir, Umar Bhat, Ovais Ahmad Bhat, Tanveer Ahmad Bhat and Zeeshan Ameen Malik were detained. The NIA claimed that the searches led to recovery and seizure of a large number of “incriminating documents and digital devices such as mobile phones, tablets, laptop, hard disks and T-Shirts having ISIS logo.”

The Appointment Committee of the Cabinet has approved extension in service to 1982-batch IAS officer Rajiv Gauba as Cabinet Secretary for a further period of one year beyond August 30, 2021.