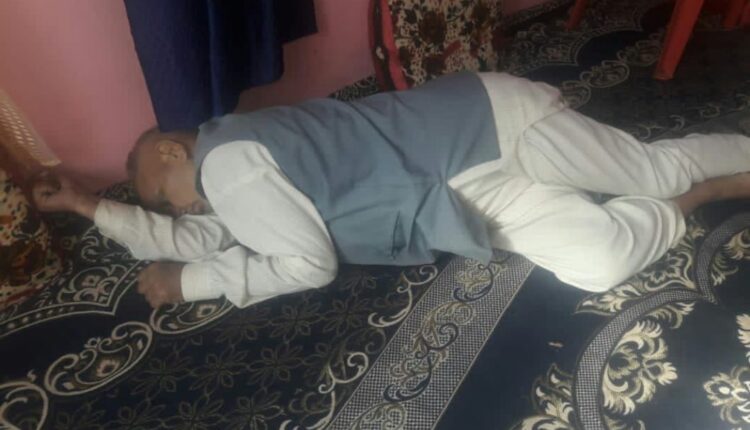 Srinagar: Militants on Monday shot dead a BJP leader and his wife at Anantnag’s Lal Chowk in South Kashmir.

Identifying the deceased as Ghulam Rasool Dar, Sarpanch of Kulgam’s Redwani panchyat and also BJP’s Kulgam Kissan Morcha president, and his wife Jawahira, also a Panch, sources said that militants barged inside his rented accommodation at Lal Chowk, Anantnag and fired indiscriminately.  Both were rushed to the GMC Anantnag, where doctors declared them dead.

Meanwhile, Inspector General of Police for Kashmir Zone, Vijay Kumar said BJP Sarpanch and his wife had been staying in a secure hotel accommodation until recently and they were allowed to move to a private accommodation at their request.

The top police officer who visited the spot said Lashker-e-Toiba was behind the attack.

Jammu and Kashmir’s Lt Governor Manoj Sinha strongly condemned the brutal terrorist attack on Sarpanch GH Rasool Dar and his wife Jawhara Banoo of Redwani Bala, Kulgam. This is act of cowardice and perpetrators will be brought to justice very soon, he said, conveying his deepest condolences to bereaved family in this time of grief.

BJP’s Kulgam district spokesperson  Vijay Raina also condemned the killing of Ghulam Rasool and his wife. Terming their killing as barbaric and cowardly act, Vijay Raina said killing elderly and innocent couple  will lead to nowhere. Such acts reflect the frustration on part of militants who are losing their ground, he said while expressing his sympathies with the bereaved family. He urged police to nab the attackers and punish them sternly.