Hindus, Muslims together observe bandh in Rajouri in protest over terror attack 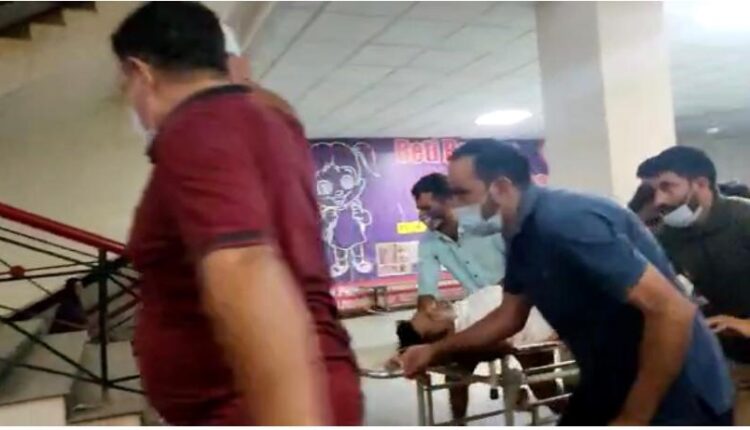 A 2-year old nephew of BJP leader succumbs to injuries

Rajouri: A 2-year old child, who was among six family members including BJP’s mandal president Jasbir Singh injured in explosion at their residence in Rajour town on Thursday night, succumbed to injuries in the wee hours of Friday.

In protest against militants attack, members of both the communities on Friday observed complete bandh in Rajouri, with commercial establishments closed and vehicular traffic off the roads. It has been after nearly a decade that militants have attacked someone in Rajouri town.

Identifying the deceased as Veer Singh, nephew of the BJP leader who also happens to be an ex-serviceman, sources said that the explosion was caused by a grenade thrown at their house by some unidentified militants. The victims were sitting in the gallery of their house near Khandli bridge at that time around 9.25 pm.

The grenade attack had come ahead of the Independence Day celebrations and a week after the abrogation of Article 370 which guaranteed special status to the erstwhile state of Jammu and Kashmir.

The police and security forces already had inputs about militants likely to hit soft targets and as such, they were on heightened vigil across the Union Territory including Rajouri. Only last week, they had eliminated two militants including a Pakistani national who along with two others had freshly crossed over to Rajouri from across the Line of Control.

For the remaining two militants, the police and security forces were already conducting searches in Pangai and nearby areas of Thanamandi.

The J&K’s Director General of Police Dilbagh Singh too had visited Rajouri and reviewed the security situation at a meeting of police and other security agencies.

J&K | Indian Army jawans keep vigil near Line of Control (LoC) ahead of the 75th Independence Day in Poonch.