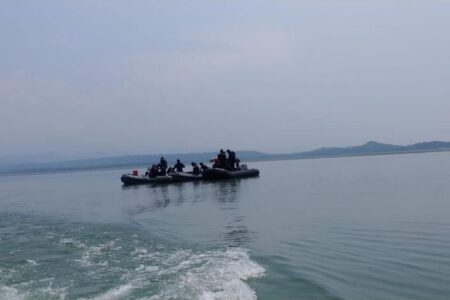 Jammu: Indian Navy divers on Sunday recovered the body of Lt Colonel A S Batth, pilot of an Army helicopter which had crashed into Ranjit Sagar Lake near Basohli in Kathua district of Jammu and Kashmir 12 days ago.

The body of Lt Colonel Batth was retrieved from a depth of 75.9 ft, sources said, adding that he was one of the two pilots on board of an helicopter which had taken off from Mamun Cantt on August 3. Efforts are on to recover the body of his co-pilot Jayant Joshi also from the Lake waters, they added.

The search operations for the Indian Army Pilots and the wreckage of the crashed helicopter had got intensified on Saturday when the Submarine Rescue Unit of Indian Navy was flown in to explore digitally located wreckage at depth of approximately 80 – 100 meters.

Indian Air Force had lifted the heavy equipment from Vishakhapatnam to Pathankot for speeding up the underwater search.