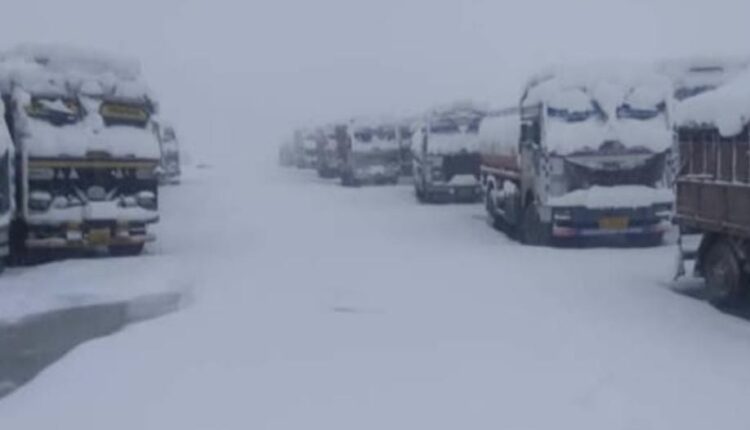 JAMMU, OCTOBER 23: The road link to Kashmir Valley was snapped on Saturday following heavy rains and snowfall across the Union Territory since early morning.

Sources said that while the Jammu-Srinagar national highway was closed at Cafeteria Morh  in Ramban district, the vehicular traffic on the Mughal road which connects Jammu’s Poonch district with Shopian in Kashmir was suspended following snowfall at Peer Ki Gali.

The inclement weather conditions disrupted normal life across Jammu division where several low lying areas were inundated under water. The vehicular traffic in Jammu city and its outskirts was moving a snail’s pace.

The authorities have issued advisory asking people to stay away from water bodies.

Currently it is raining over plains of Kashmir and Jammu and snowing over middle and upper reaches. This system is likely to persist during next 8-10 hours and gradual decrease thereafter.

According to MET officials, there will be significant improvement in weather from October  24 afternoon and the weather will remain dry is till November 2.

“..I am from RSS, we’ve never said in our discourse in the Sangh training camps that we’re rightist. Many of our ideas are like leftist ideas…” said RSS leader Dattatreya Hosabale while releasing a book – The Hindutva Paradigm written by RSS leader Ram Madhav in Delhi