Jammu: When we introduced new Industrial policy, 3 families that exploited you used to mock who will come here. But due to PM Modi’s feat, Rs 12,000 cr investment has come till now. I want to tell you that Rs 51,000 cr investment will come before 2022…giving lakhs of jobs to youth: HM 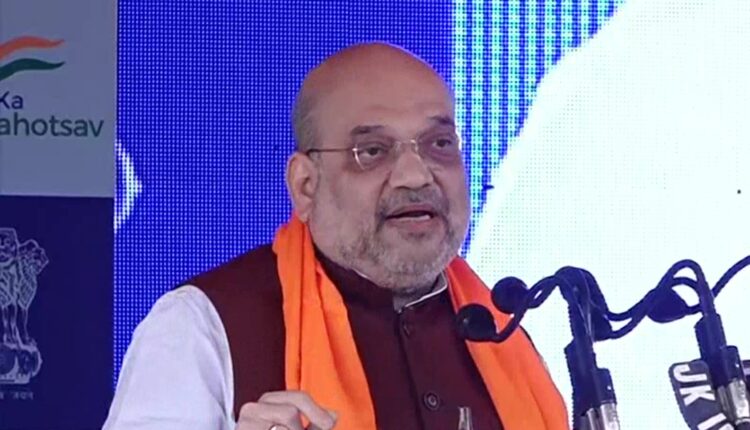 HM Amit Shah says, “…Nobody can stop the era of development that has started in J&K. It’s the land of temples, of Mata Vaishno Devi, of Prem Nath Dogra, the land of sacrifice of Syama Prasad Mukherjee. We won’t let the people of disrupt the peace in J&K,succeed”

Some people are raising questions about security. Between 2004-14, 2081 ppl lost their lives, 208 ppl per yr killed. From 2014 to Sep 2021, 239 ppl lost their lives. We’re not satisfied as we want to build a situation where nobody loses their lives & terrorism completely ends: HM

Today is the birth anniversary of Prem Nath Dogra. People of India can’t forget him. He along with Shyama Prasad Mukherjee gave the slogan that in a country two Vidhan, two Nishan, two Pradhan will not work: Union Home Minister Amit Shah in Jammu

What did these three families give to Jammu and Kashmir for 70 years- 87 MLAs, 6 MPs. Modi Ji has done the work of making 30,000 people elected representatives, a Panchayat has been formed in every village… Now ‘Dadagiri’ of these three families will not work: HM Amit Shah

Prime Minister Narendra Modi will be travelling to Rome, Italy and Glasgow, United Kingdom from 29th October 2021 to 2nd November 2021 to attend the 16th G-20 Summit and the World Leaders’ Summit of COP-26 respectively: Ministry of External Affairs (MEA)