In a first, J&K girl selected by BCCI in Women’s Challenger Trophy 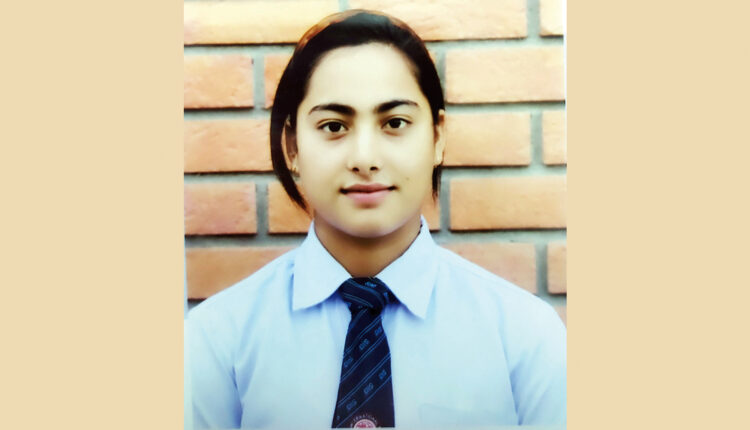 JAMMU, OCTOBER 24: IN a first, a girl from Jammu and Kashmir’s far off area has been selected by BCCI to participate in Women’s Challenger Trophy.

“I am glad to inform the cricket lovers of J&K that Bawandeep Kaur, a promising swashbuckling, hard-hitting batswoman who recently represented J&K in the National Women’s U-19 Tournament 2021-22 has been selected by BCCI for U-19 Women’s One Day Challenger Trophy 2021-22 to be held at Jaipur from tomorrow to 10th November 2021.

The girl hails from Reasi district’s Mahore area and she is the daughter of a school teacher Pardeep Singh.

Her selection has virtually sent a message for the first time to sports persons in far off areas of the Union Territory that they too can get a chance to get selected for national level sports tournaments. Earlier, sportspersons only two to three clubs in the erstwhile J&K state used to get selected for major sports events.

“This good news comes at the heel of the selection of another local player Arya Thakur for the similar format in Men’s U-19 category,” stated Brig Anil Gupta (retd) Member Administration, JKCA in a press release issued here today.

The teams for Challenger Trophy are selected directly by BCCI selectors based on the performance of the players in the national tournament played earlier at Bhubaneswar.

The J&K team had performed well in that tournament and narrowly missed to qualify for the knockout stage.

Bawandeep’s performance attracted the national selectors’ attention with double -digit score in all matches including two match-winning half centuries.

“I had spotted her batting prowess during the trial matches. Apart from quick scoring she could also bat well at any number. I decided to promote her as an opener and she lived up to her potential and promise. She can also bowl right arm off spin. She has a very bright future if she continues to concentrate on cricket,” informed Chetan Dhingra, Chief Coach of the Women’s Team.

“This is the way to go. Women cricket in J&K has entered a new phase. The talent is being recognized. Women cricketers are also getting facilities and opportunities similar to the Men,” stated Roopali Salathia, Member of the Cricket Advisory Committee (CAC).

“We are determined to bring total renaissance in Women’s Cricket in J&K. I am thankful to the parents who are encouraging their daughters to take to this fascinating game. The Sub-Committee is exploring the possibility of creating dedicated infrastructure for the women cricket,” stated Mithun Manhas, Member Cricket Operations and Development.

SRINAGAR (J&K) | Take out all the fear from your heart. No one can disturb Kashmir’s journey of peace and development now: Home Minister Amit Shah

Union Defence Minister Rajnath Singh, Chief of Defence Staff (CDS) General Bipin Rawat and others pose for a group photograph after the Ambassadors’ Roundtable on DEFEXPO-22, in New Delhi.