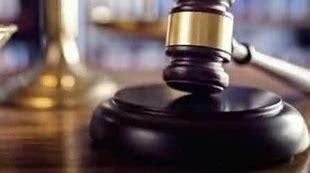 NEW DELHI, OCTOBER 25: The NIA court here on Monday sentenced four Hizbul Mujahedeen (HM) militants to imprisonment for 10-12 years in the Jammu Kashmir Affectees Relief Trust (JKART) case, and for conspiring to commit terror activities in India and wage war against the Government of India (GoI).

“The convicts have been convicted for conspiring to commit terror activities in India and of conspiracy of waging war against the Government of India. In furtherance of this conspiracy, the convicts had engaged in the activities of terror financing”, the court said.

In the month of July, the same court had framed charges against all four men and had observed that the terror outfit had formed a frontal organisation– Jammu Kashmir Affectees Relief Trust (JKART), whose purpose was to fund terror activities. The trust was created to mainly provide funds for the terrorists and their families.

“Being based in Pakistan, documentary evidence such as the audit report of the trust is hard to come by. However, the protected witnesses have clearly disclosed and have prima facie established by their statements that JKART is the frontal organization of HM. Thus, a larger conspiracy to wage war against Government of India, to commit terrorist activities and funding of those militant activities have been prima facie established by evidence,” the court had said.

The NIA had registered a case on October 25, 2011, against Syed Salahuddin, Ameer (Hizb-ul-Mujahideen), Mehboob-ul-Haq, Masroor Dar, Masood Sarfaraz, Ameer (Hizb-e-Islami), and others. NIA had charge-sheeted them alleging Hizb-ul-Mujahideen (HM), one of the most active militant outfits in Jammu and Kashmir have been regularly receiving funds originating from neighbouring countries for carrying out militant activities in India, and the proscribed militant organisation is led by its commander Syed Salahuddin.

It was further alleged that in the garb of one Jammu Kashmir Affectees Relief Trust (JKART), the said militant outfit is actively involved in furthering the terrorist activities in India and the banking channel was extensively used for the transfer of funds to various bank accounts for the militant activities.

After Centre’s decision, state govts have started to put stock limits on edible oil. After the discussion with 23 states, UP has issued notification for stock limits. Haryana, Rajasthan & Gujarat are at final stages: Sudhanshu Pandey, Secretary, Dept of Food & Public Distribution