Under Congress rule, J&K was in the hands of stone pelters: Tarun Chugh 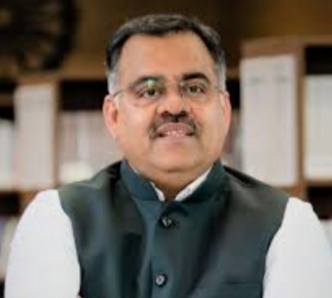 NEW DELHI, OCTOBER 25: Attacking the Congress, Bharatiya Janata Party (BJP) general secretary Tarun Chugh on Monday said that during the tenure of the party, Jammu and Kashmir was in the hands of stone pelters and internal security was under threat.
Chugh said, “Ghulam Nabi Azad ji is a very senior leader. I want to remind him that what was the law and order situation there during his tenure, that is the tenure of Congress. Jammu and Kashmir was in the hands of the stone pelters. The internal security was under threat. But today, after the removal of Article 370, there has been peace. A new development era has begun under the leadership of Prime Minister Narendra Modi ji.”
Chugh’s remarks came a day after senior Congress leader and former Jammu and Kashmir Chief Minister Ghulam Nabi Azad on Sunday claimed that the erstwhile state was better off when governed by chief ministers before being turned into a union territory.
The former Jammu and Kashmir chief minister while speaking to news agency had said, “We were told that scenario in J-K will change after the abrogation of Article 370. Growth, hospitals, unemployment will be taken care of. But that has not happened at all. As a matter of fact, we were far better when it was being ruled by the various chief ministers.”
The BJP leader further slammed the Congress over its comments on India’s defeat in the T20 match against Pakistan.
“The comment made by Congress on the defeat of the Indian cricket team is very unfortunate. These are the same people who questioned the Indian Forces operations in Balakot and Uri. People are watching their activities,” said Chugh.

J&K Lieutenant Governor Manoj Sinha had the bulletproof glass shield removed from the podium before addressing a gathering in Srinagar earlier today.