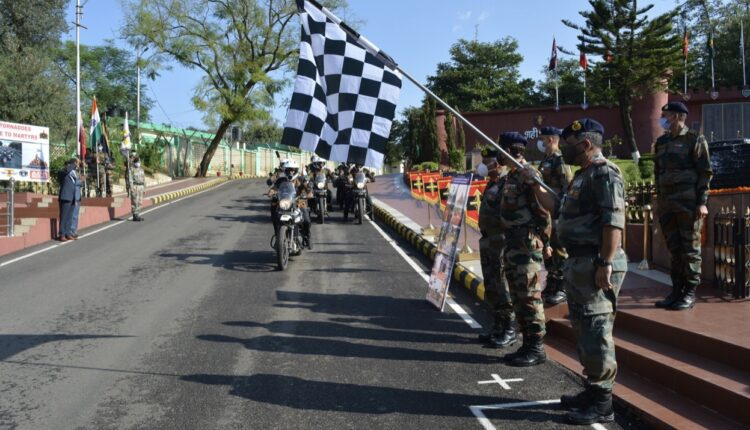 The Motorcycle expedition signifies the courage and glory of the Indian Army. The bikers will pay homage at various War Memorials enroute in the Northern frontiers, including Rezang La. The Army Service Corps will be celebrating its 261st Corps Day on 08 Dec 2021 & the Tornadoes motorcycle expedition aims to commemorate the rich history of the Corps by undertaking the challenging expedition.

The Army Service Corps Tornadoes have the honour of holding 32 certified World Records & have displayed their skills at various national & international gatherings. The records include categories such as longest ride through tunnel of fire & highest and fastest pyramids. The team is based at the Army Service Corps Centre (South), Bangalore.

Supreme Court asks Centre to put the counselling for NEET-PG on hold until it decides the validity of the Centre’s decision to introduce OBC and EWS reservation in All India Quota (AIQ).

SRINAGAR (J&K) | Take out all the fear from your heart. No one can disturb Kashmir’s journey of peace and development now: Home Minister Amit Shah