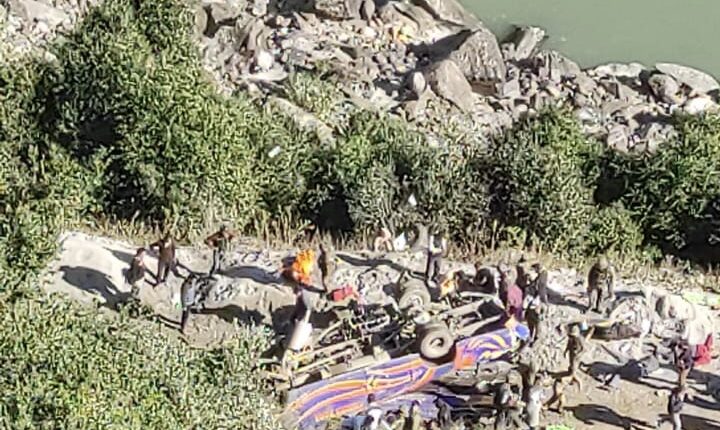 JAMMU, OCTOBER 28: Eight passengers were killed and nearly a dozen others injured when a mini bus rolled down into a gorge near Sui Gowari on the Thathri-Doda road.

Sources said that the ill-fated vehicle was on way from Thathri to Doda at that time.The cause of accident is yet to be known.

The locals and police immediately swung into action and brought the victims out of the vehicle which turned turtle in the fields on the bank of river Chenab.

The victims have been rushed to nearby hospital. Police have registered a case in the matter.

Terrorists fired on ADP of Army and Police in Cherdari, Baramulla. Alert parties retaliated and 1 terrorist killed. Identification is being ascertained. 1 pistol, 1 loaded magazine & 1 Pak grenade was recovered from his possession: