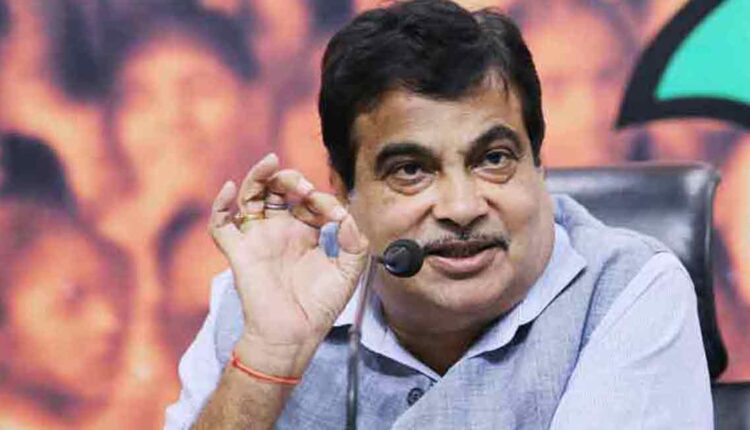 Equipped with all modern facilities, an Inter model station with railways, helipad and bus facility to be made at Katra

JAMMU, NOVEMBER 24: Union Minister for Road Transport and Highways, Nitin Gadkari, on Wednesday said that work of construction of four lane national highway (NH44) from Jammu to Srinagar will be complete by December 7, 2023.

Addressing a rally in Doda after laying the foundation stone of over two dozen projects worth Rs 11,721 crore related to the construction of national highways in Jammu and Kashmir, he referred to various difficulties which came across during the execution of the project including change of contractor, problems of forest environment and landslides. “I keep on following it and I assure you that this work will be complete in two years and you will be able to reach Srinagar from Jammu in four hours,’’ he added.

In this context, he said that while 85 per cent work on the 95 km long road between Jammu-Udhapur and Nashri has been complete including the 9 km long tunnel named after DR Shama Prasad Mookherjee (BJP ideologue), the work on 43 km road between Nashri to Ramban will be complete by May 2022.

Pointing out that the government has floated a tender for the construction of a new 2.2 km long tunnel to address the problem of landslinding at Dhalwas near Ramban and the work on it will begin in a month or so, he said that the work on 60 km road between Nashri to Banihal will be complete by December 7, 2023.

The 40-km road from Banihal to Qazigund and Anantnag including the 8.5 km tunnel at Banihal is already complete, he added.

Pointing out that a black spot falling enroute Khalleni to Chatru has been addressed with the construction of a 127 km approach road along with a tunnel at the cost of Rs 127 crore for which tender work will be complete by June next year, he said tender work for another 16 km road along with a 10.3 km long tunnel between Chatru-Singhpura and Vayu at the cost of Rs 4762 crore will be complete by March 2022.

About the third road corridor – NH 244 from Jammu to Shopian and Srinagar via Mughal Road, he said that 199 km road construction work from Jammu to Poonch has been taken up at the cost of Rs 5100 crore. While work at some stretches has been complete, tender process for various other stretches will be complete by March 2022, he added,

He also referred to the construction of 58 km Green Field Ring Road connecting border and rural areas of Jammu with the national highway, saying that the project estimated to cost Rs Rs 2100 crore has eight major and 22 mini bridges, besides six fly overs and two tube tunnels.

Apart from this, an Inter model station with railway station, helipad and bus facility will be made at Katra which acts as base camp to pilgrims visiting the Vaishno Devi shrine in Trikuta Hills. It will be connected with Delhi-Katra Express, he said, adding that its feasibility report has been complete.

Equipped with all the modern facilities, it will have helipad on the rooftop. It will also have the facility of rain water harvesting, solar power, bio gas generation system, used water recycling system, health, waiting rooms for drivers, petrol pump among others, he said.

Gadkari also asked the Lt Governor Manoj Sinha to introduce air-conditioned electric buses on all the routes in Jammu and Kashmir, saying these will reduce the passenger fare by 25 per cent.