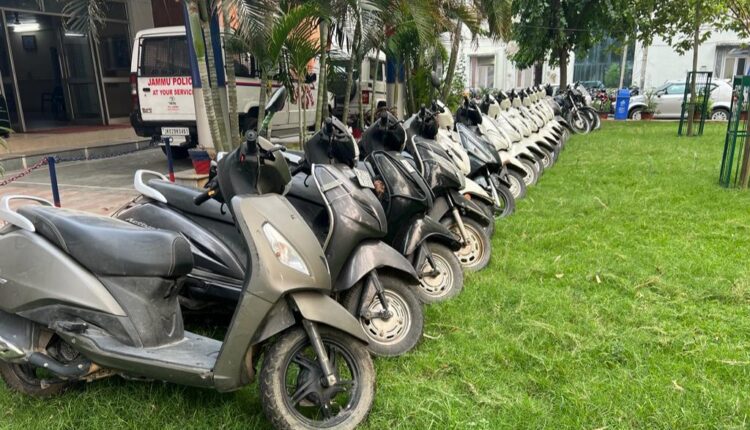 Several complaints were lodged at different police stations of District Jammu regarding vehicle thefts such as case FIR No 120/2022 U/S 379 IPC of P/S Gandhinagar.

The modus operandi of the thieves was that they used to steal two wheelers from different parts of city and used to sell the same by making the false documents.

On this special police teams under the supervision of SP City South Mamta Sharma and SDPO South Sachit Sharma were constituted. The team led by SHO PS Gandhi Nagar Inspr. Pankaj Sharma assisted by PSI Sonu Choudhary did strenuous efforts and with the help of various leads finally arrested the five accused.

Accused arrested have been identified as:

During questioning accused confessed their involvement in the above case and on their disclosure 20 stolen two wheelers were recovered from their possession.

Moreover it is also advised to general public to verify the documents fully before buying a second hand vehicle.

Further investigation of the case is going on.