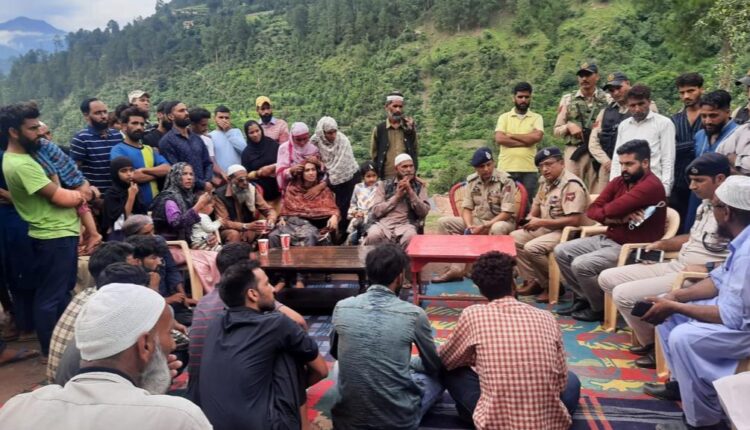 Sarfaraz will be remembered fondly as a Gallant Soldier of JK Police; Mukesh Singh

Sarfaraz was serving in IR 16 Bn and was on special duty at Police Station Nowhatta in Srinagar.

While on duty, he was attacked by terrorists and got injured.
On 15-08-2022 he succumbed to his injuries at Army Hospital Badami Bagh Srinagar.

He was a Braveheart and fought valiantly injuring the attacker who left his vehicle and weapon and fled.

The ADG Jammu assured that the family of Sarfaraz will be looked after by JK Police as a part of the Police family. He also assured them that Sarfaraz will be remembered fondly as a Gallant Soldier of JK Police and that prominent government buildings in Batote will be named in his memory.

The people of the panchayat also appreciated the role of Sarfaraz and his father said that he was proud to be called Sarfaraz’s father.

LG Manoj Sinha visited the Army Hospital in Srinagar to inquire about the health of Pitambar Nath Pandit, who was injured in the Shopian terror attack.