Ahead of yatra, Rahul Gandhi offers floral tributes at his father’s memorial in Sriperumbudur 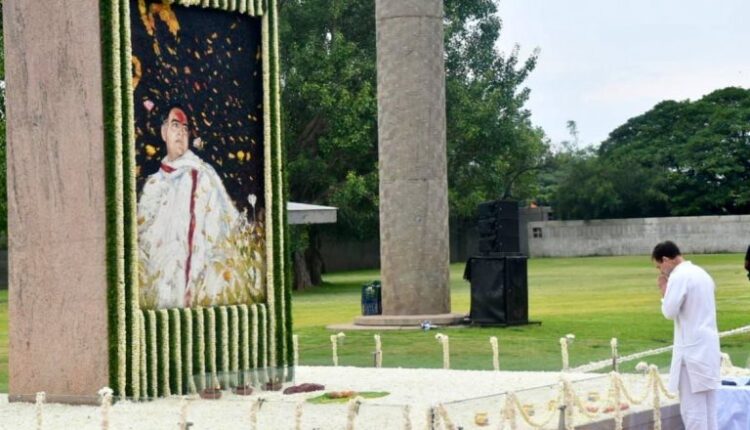 CHENNAI, Sept 7: Congress leader Rahul Gandhi on Wednesday paid floral tributes to his father and former Prime Minister Rajiv Gandhi at the latter’s memorial in Sriperumbudur near here, ahead of the ‘Bharat Jodo Yatra’.
The Wayanad MP, who had arrived here on Tuesday night, began the day by offering tributes to the former Prime Minister and sat in a silent prayer in his memory.
Rajiv Gandhi was assassinated in a suicide bombing in Sriperumbudur on May 21, 1991.
Earlier, Rahul planted a sapling at the memorial. TNCC chief K S Alagiri and other senior party leaders accompanied Rahul.
He would leave for the southern coastal Kanyakumari district and after visiting the twin memorials for the savants: Thiruvalluvar and Swami Vivekananda besides those for Kamaraj and Gandhi Mandapam, he would launch the 3,500 km-long ‘Bharat Jodo Yatra’ covering 12 states.
Tamil Nadu Chief Minister M K Stalin would present Rahul Gandhi with the national flag made from ‘khadi’ to be handed over to Seva Dal workers managing the foot march. (Agencies)