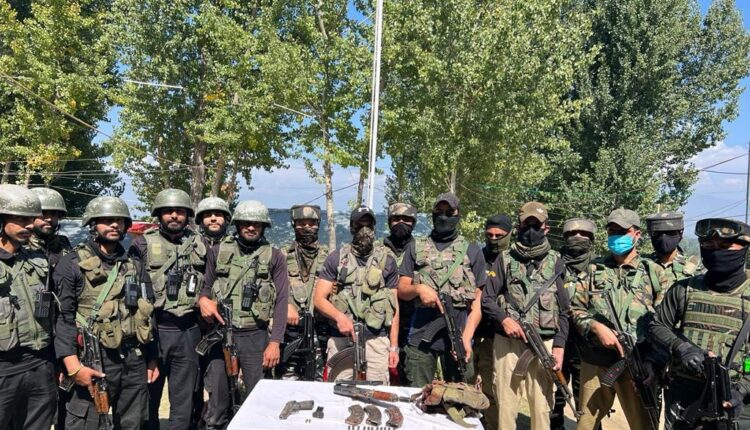 Baramulla : Acting on specific information regarding movement of terrorists in Yadipora area of Pattan, District Baramulla, joint teams of Police, Army 29 RR and 2nd Bn SSB launched cordon and search operation in the area in wee hours. During searches the terrorists hiding in a residential house fired upon the search party, which was retaliated triggering off an encounter.

During the ensuing encounter which continued for 8 hours, both the terrorists were killed, whose identity is being ascertained. Incriminating materials including cache of arms and ammunition have been recovered from the retrieved bodies.

It is pertinent to mention that, intelligence reports reveal that the said terrorists had been given task to attack the ongoing Army Recruitment Rally (Agniveer) in Baramulla. Their mission was to derail this recruitment rally to disturb the youth who were eager to join the mainstream. However, forces have been successful in repulsing their nefarious plan.

Although the site of encounter has been sanitised, public is requested to avoid going in droves near the encounter site and report any suspicious object to police immediately.