Bharat Jodo Yatra Should Not Be Used To Whitewash Past: Omar Abdullah 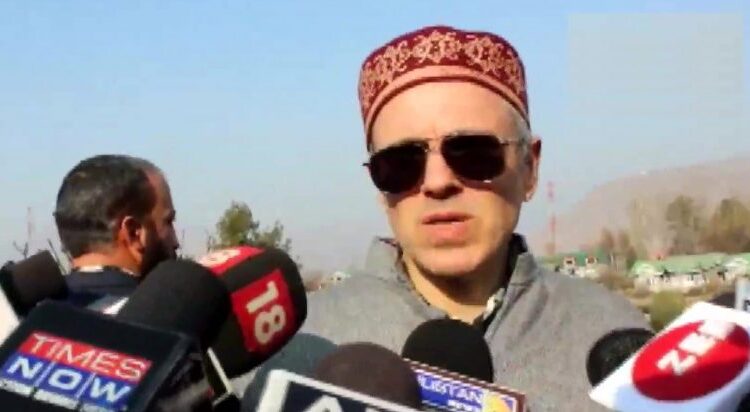 SRINAGAR, Jan 18: National Conference vice-president Omar Abdullah on Wednesday said the Congress should not allow former minister Chaudhary Lal Singh, who had supported the rapists in the Kathua rape-and-murder case, to participate in the Bharat Jodo Yatra, which is scheduled to enter Jammu and Kashmir on January 19.
“The Congress will have to look into it that some people might try to use the yatra to whitewash their past. We have not forgotten the role played by those leaders who tried to save the rapist. The way they hurt the sentiments of people is not hidden from anyone,” Abdullah told reporters here.
The former chief minister was responding to a question whether the Congress should allow the participation of leaders like Singh, who had come out in support of the rape accused while being a minister in the PDP-BJP government.
On other issues, Abdullah said retrieving land provided to people under the Roshni scheme will be a big betrayal to them.
“The Roshni scheme brought by then state government (in 2001) was passed by the Legislative Assembly and Legislative Council. After that it was approved by the Governor. No court rejected this scheme. It will be a fraud with the people of Jammu and Kashmir that the land rights vested under Roshni will be taken back because it was the poor farmers of Jammu which benefited the most from this scheme as they converted the lease land into freehold land,” he said.
Opposition parties have protested a recent order of the J&K administration regarding eviction of encroachers from state land, including those handed out undert the Roshni scheme.
“The government should review this decision,” Abdullah said, adding if retrieval of state land from illegal occupation does not cause problems for common masses, he had no problem with it.
Under the Roshni scheme, occupants of state land were vested with proprietary rights against a nominal fees paid to the government. While occupants in Jammu got rights for over 28,000 hectares, such area in Kashmir was much less at just 1500 hectares.
The NC leader said these drives were actually an attempt to divert attention of the people from the real issues.
“I feel all this is being done to harass the people because they have not been able to improve the situation which is evident from Rajouri attacks and arming of VDCs,” he added.

Jammu and Kashmir | A brave JKP cop stands guard at the last Police post on the Indian side of the LOC.