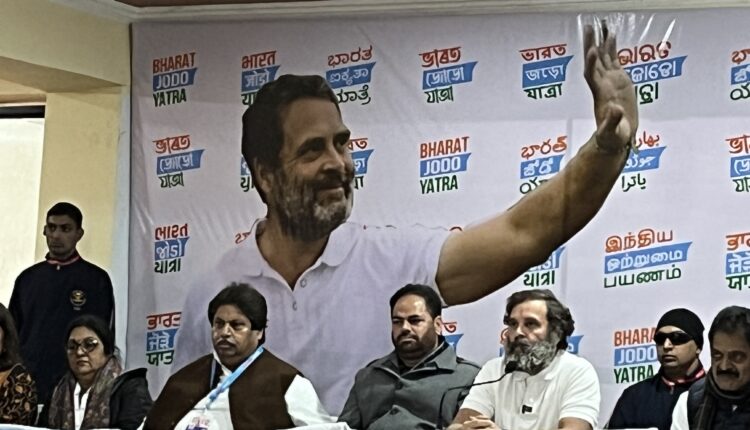 JHAJJAR KOTLI. JANUARY 24: The Congress leader Rahul Gandhi on Tuesday accused BJP and RSS leaders of giving the concept of two nations which ultimately led to the creation of Pakistan.

“When we were fighting Britishers for independence, the BJP and RSS people were standing with them,’’ Rahul Gandhi said when asked about his reaction to Madhya Pradesh Chief Minister Shivraj Singh Choudhan’s statement that the DNA of Congress is in favour of Pakistan.

Naming “Savarkar’’ (Vinayak Damodar Savarkar), he said that “it was not the Congress, but the RSS-BJP leaders and their ideology who gave the concept of two nations’’.

When asked government ban on controversial BBC documentary on PM Narendra Modi, the Cobgress leader said that the truth always comes out. No amount of banning the press & using institutions like ED and CBI against people can suppress the truth from coming out, he added.