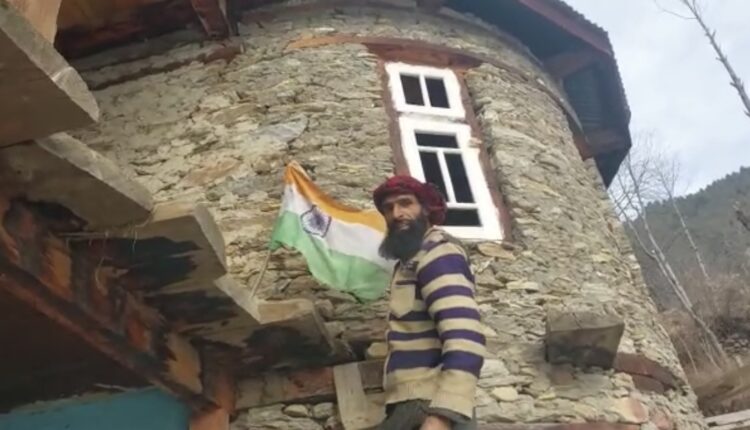 KISHTWAR, JANUARY 25: A former militant Sher Khan, who served 13 years in jail after laying down weapons in 2006, on Wednesday hoisted Tricolor at his house in far off Segdi Bhata village in Kishtwar district of Jammu and Kashmir.

Owing allegiance to Harkat-ul-Jihad-i-Islami (HUJI), he had joined militant ranks in 1998 and he was a dreaded name in Chatroo area of Kishtwar district. However, he along with his six accomplices surrendered before security forces in Kashmir’s Awantipora area during late 2006.

Now, working as a labourer to run his family including his two wives and three children,

Pointing out that he surrendered as soon as he realized that he was mislead to a wrong path, he said that he was now prepared to die for the country. He also appealed the misguided local youth still holding the gun to shun that path of violence and return to the mainstream, adding that they shall contribute their might in nation building.

The J&K Government on Wednesday created 20 posts in different categories for establishment of Terror Monitoring Group in Jammu and Kashmir.