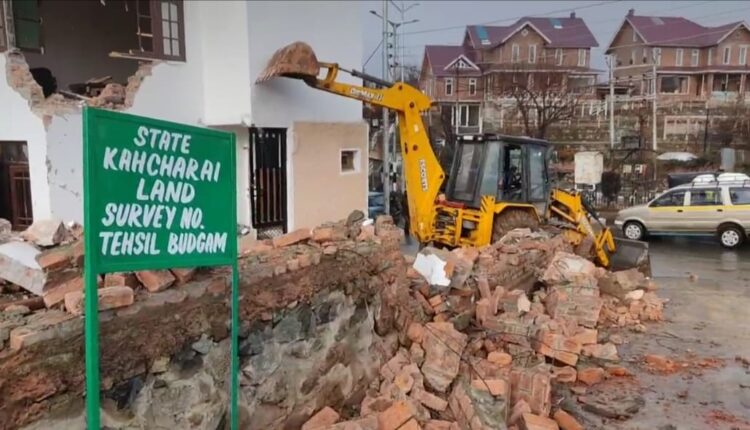 SRINAGAR, Jan 25: Authorities in Kashmir on Wednesday demolished an outer wall of the residence of National Conference general secretary Ali Mohammad Sagar near the airport here, claiming it was built on state land.
Officials said the outer wall and the main gate as well as the entry of the guard room of Sagar’s residence in the Humhama area on the outskirts of the city were demolished as part of the administration’s action against the encroachment on state land.
Sagar, a former minister, or his family were not present in the house at the time of the demolition, the officials said.
The National Conference condemned the action, saying it smacks of political vendetta.
“JKNC condemns the dismantling of the outer wall at Party General Secretary Ali Mohammad Sagar’s house at Humhama. Such actions of the Government clearly smack of political vendetta, and the misuse of Government machinery for the same,” the party said in a tweet.(Agencies)

Award of Jammu and Kashmir Police Medal for Meritorious Service to the Police Officers on the occasion of the Republic Day 2023.

The J&K Government on Wednesday created 20 posts in different categories for establishment of Terror Monitoring Group in Jammu and Kashmir.