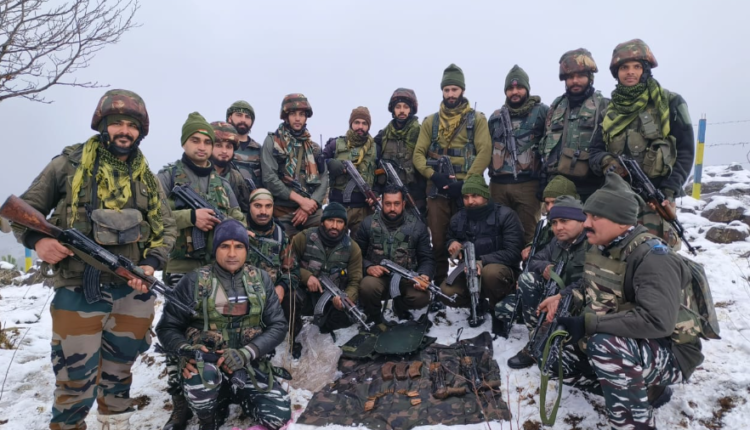 JAMMU, Jan 25: Security forces on Wednesday recovered arms and ammunition in Poonch district of Jammu division.
Official sources said that today during searches, police along with Army and CRPF in the area of Kalai Top, Shiendra, Ratta Jabbar and adjoining areas recovered war like Arms and ammunition.
He further said that among the recovery, 2 AK-47 rifles, 3 AK-47 magazines and 35 rounds of AK were recovered.

Award of Jammu and Kashmir Police Medal for Meritorious Service to the Police Officers on the occasion of the Republic Day 2023.