Three held following recovery of an IED in Rajouri 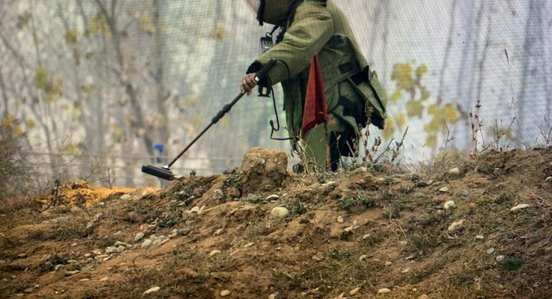 JAMMU, JANUARY 25: The Jammu and Kashmir Police has taken into custody three people in connection with the of recovery of an Improvised Explosive Device (IED) from the Kheora area of border Rajouri district.

The IED was detected and defused by security personnel on January 18.

Those detained by police include one from the Mendhar area of adjoining Poonch district and two from Rajouri district, sources said, adding their questioning was in progress.

Their preliminary questioning has led to their links with terror handlers across the LoC in Pakistan occupied Kashmir, sources added.

After the January 18 detection of IED in Kheora area, two more IEDs were recovered from Rajouri’s Dassal village on January 22, which were later destroyed.

A senior police officer admitted that the case of an IED recovery has almost been worked out, but he refused to share details.

J&K | “Due to poor weather conditions and landslides in the area, the afternoon leg of Bharat Jodo Yatra in Ramban & Banihal has been cancelled…Yatra will resume the day after, January 27th at 8 am,” tweets Congress General Secretary in-charge Jairam Ramesh