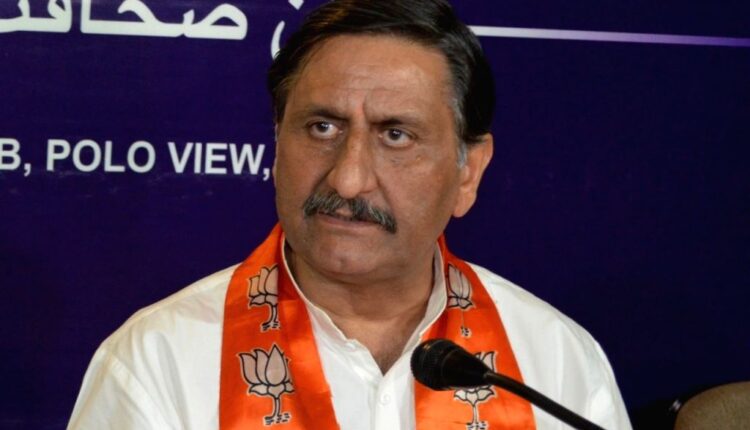 BJP on Saturday lodged a formal complaint with the Election Commission seeking de-recognition of PDP as “genuine political party’’ in Jammu and Kashmir with immediate effect for the statements of its president Mehbooba Mufti against India and its Constitution.

A prominent Kashmiri Pandit leader Ashwani Kumar Chrungoo, who heads the BJP’s Department of Political Affairs in Jammu and Kashmir, asked the Chief Election Commissioner to take note of the statements of PDP leader which are available on public domain, adding these are outrageous and against the Parliament, Parliamentarians, National Flag which is the symbol of the nation and also against the scheme of elections in the Union Territory of Jammu and Kashmir.

“She didn’t only keep herself confined to the usual political rhetoric on matters that are on her party’s manifesto and agenda, but went ahead to question the basis of the national flag, national symbols, sovereignty of parliament and dignity of the parliamentarians,’’ he said, adding that PDP leader even went to the extent of saying that she will not touch the national flag until erstwhile state flag, constitution and statehood are restored’’.

“Mehbooba Mufti went to the extent to call names of the Prime Minister and the UP Chief Minister who are elected representatives of the people under the due process of law and the constitution of India,’’ BJP leader said, adding that her offensive and anti-constitutional statements constitute serious contempt of parliament and also ‘privilege issue’ against the ECI.

“We are anti-BJP, not anti-national’’; says Farooq Abdullah