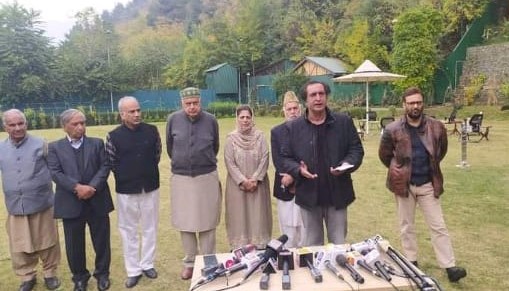 Former chief ministers of the erstwhile Jammu and Kashmir State, both  Farooq Abdullah and Mehbooba Mufti have been arch political rivals. People’s Conference chairman Sajad Lone, who had been an ally of BJP after the 2014 assembly elections, was elected as its spokesperson, sources said. This came at a meeting held at the residence of Mehbooba Mufti.

Pointing out that flag of the erstwhile state was adopted as Alliance’s flag, sources said that participants put forth their suggestions for consolidating the movement for restoration of Article 370.