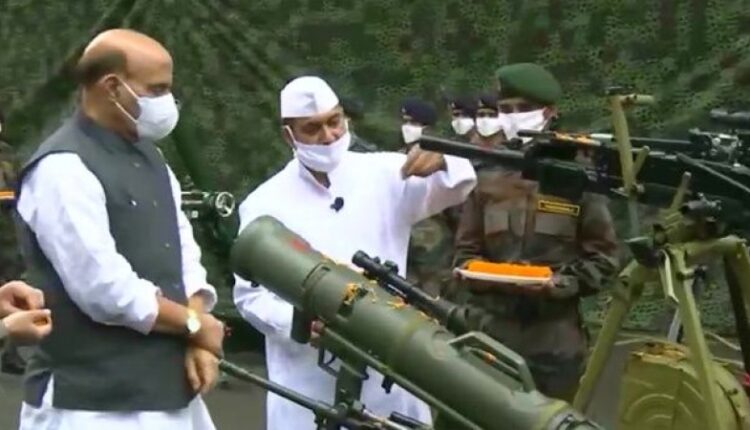 Defence Minister Rajnath Singh on Sunday expressed full faith in the Indian Army that it will not let anyone take even an inch of land of the nation.

Speaking after performing Shastra Puja with Army soldiers in Sikkim on the occasion of Dussehra, he said India wants the border tension with China to end and peace preserved, but at the same time our Army will ensure that not an inch of our land it occupied by him.

He also inaugurated the Alternate Alignment Gangtok-Nathula Road via video conferencing from the Headquarters of 33 Corps in Sukna, Darjeeling. Built by Border Roads Organisation, it will act as lifeline of people living in border areas of East Sikkim, he added.