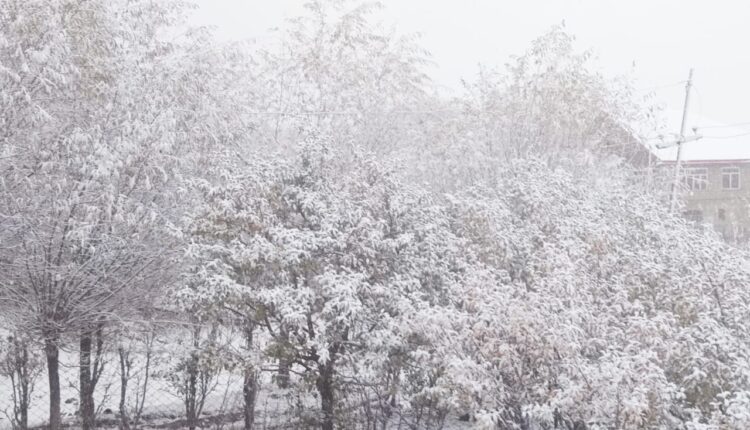 Mercury further dipped in Jammu and Kashmir and Ladakh on Sunday as higher reaches of both the Union Territories on Sunday witnessed season’s first snowfall.