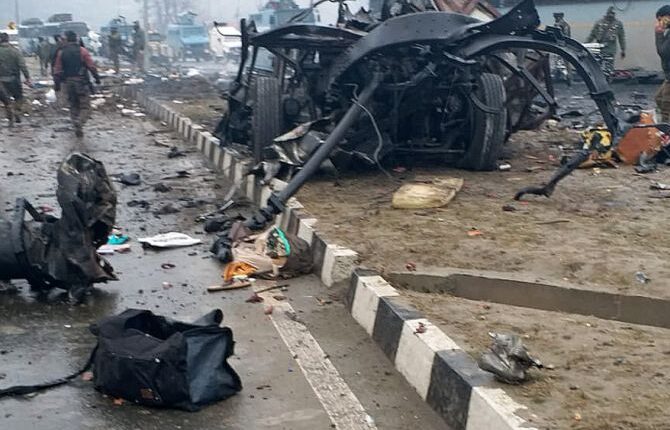 New Delhi, October 29: In a virtual confession of Pakistan’s involvement into the 2019 Pulwama terror attack in which 40 CRPF personnel were killed, its Federal Minister Fawad Chaudhry on Thursday told the Pakistan’s National Assembly that “success in Pulwama is the success of people of Pakistan under the leadership of Prime Minister Imran Khan’’.

“Humney Hindustan ko gus key mara hai’’ (We have attacked India after entering its soil), Federal Minister Fawad Chaudhry said on floor of the Pakistan National Assembly. “Aur Pulwama me jo kamjabi hai…aur Pulwama me jo humari kamjabi hai, woh Imran Khan ki kayadat mein kaum ki kamjabi hai. Uske hisedaar aap bhi sab hein’’ (And our success in Pulawama is the success of the people of Pakistan under the leadership of Imran Khan. You too are part of that success), he added.

Pulwama terror attack was a heinous crime in which 40 CRPF personnel were killed and it was widely condemned by the world community. The attack had led India carry air strikes on terror camps in Pakistan’s Balakote area.

Earlier, Pakistan Muslim League-N (PML-N) leader Ayaz Sadiq said in the National Assembly that Army Chief Qamar Bajwa’s “legs were shaking’’ when he came to a meeting of parliamentary leaders in Feburary 2019 and the Foreign Minister Shah Mehmood Qureshi pleaded for “letting free Abhinandan’’ as otherwise India was about to attack their country “by 9 pm that night’’. The PML-N leader was giving details of Qureshi’s meeting with the parliamentary leaders, including PPP and PML-N and Army Chief General Qamar Javed Bajwa, wherein he had asked for letting free Wing Commander Varthaman.

“I remember Shah Mahmood Qureshi was in the meeting in which Imran Khan had refused to attend and Chief of Army Staff General Bajwa came into the room, his legs were shaking and he was perspiring. Foreign Minister said for god’s sake let Abhinandan go, India’s about to attack Pakistan at 9 pm,” Mr Sadiq recounted the events of the meeting.

An Indian Air Force fighter pilot Wing Commander Abhinandan Varthaman was held captive by the neighbouring country after his aircraft was shot down in an aerial dogfight in the 2019 India-Pkistan standoff. He returned to India via Attari-Wagah border on March 1, 2019 and he was laters awarded Vir Chakra by the Government of India.