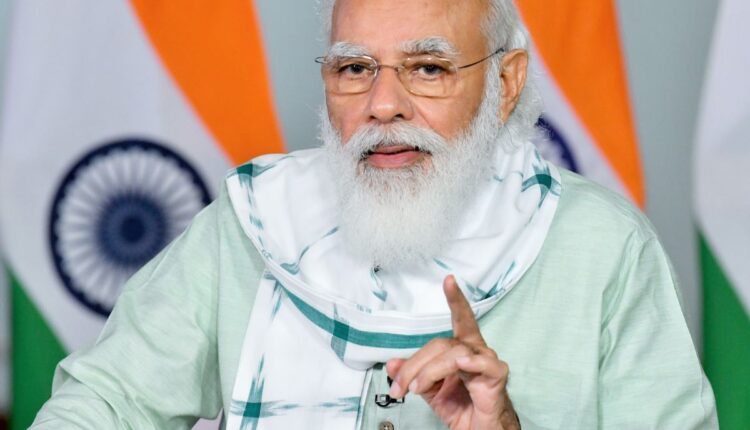 New Delhi, October 31: Without parrying a single question out of the 100-odd ones put to him by the 2002 Gujarat riots Special Investigation Team, Narendra Modi as the then Gujarat chief minister “kept his cool” throughout the marathon 9-hour questioning and did not accept even a cup of tea from investigators, a national news agency has reported quoting from a new book by the probe team’s chief at that time R K Raghavan.
Modi had also readily agreed to come to the SIT office in Gandhinagar for the questioning and brought his own bottle of water, Raghavan has written in his autobiography, ‘A Road Well Travelled’.
Before being asked to head the Supreme Court-appointed SIT that probed the 2002 Gujarat riots, Raghavan had also served as head of premier probe agency Central Bureau of Investigation. He was also involved in several other high-profile investigations over years, including those relating to the Bofors scam, the 2000 South Africa cricket-match fixing case and the fodder scam. Talking about the time the SIT had called Modi for questioning as the then Gujarat chief minister, Raghavan writes in the book, “We had it conveyed to his staff that he had to come in person to the SIT office for this purpose and that meeting him elsewhere would be misconstrued as a favour.”
“He (Modi) understood the spirit of our stand and readily agreed to come to the SIT office within the government complex in Gandhinagar,” Raghvan said. The former police officer further said he took the “unusual step” of asking Ashok Malhotra, an SIT member, to do the questioning, mainly to avoid any “mischievous allegation” later that Modi and he had struck a deal. “This stand was endorsed months later by no less a person than amicus curiae Harish Salve. He told me that my presence would have vitiated Modi’s statement and would have robbed it of its credibility,” Raghavan said, adding that he had never consulted Salve prior to the event. It was my personal decision flowing from sheer intuition, said the retired IPS officer of Tamil Nadu cadre, who was also appointed as high commissioner to Cyprus in 2017.
“Modi’s questioning lasted nine hours in my own chamber at the SIT office. Malhotra told me later that Modi kept his cool right through the marathon session which ended late at night,” Raghavan said.
“He (Modi) never parried questions. Nor did he give the impression of padding up his responses. When Malhotra asked him whether he would like to break for lunch, he initially turned down the offer. He brought his own bottle of water and did not accept even a cup of tea from the SIT during the marathon questioning comprising a hundred-odd questions,” he said. Raghavan said it required “tremendous persuasion” to make Modi agree to a short recess.

“This was possibly Modi’s concession to the need for a respite for Malhotra rather than for himself. Such was the energy of the man.” In February 2012, the SIT filed a closure report, giving a clean chit to Modi and 63 others, including senior government officials, saying there was “no prosecutable evidence” against them.

In the book, the former Central Bureau of Investigation director also asserted that the probe into the Gujarat riots by the Supreme Court-mandated SIT under him was “clinical and professional” and the SIT’s “unequivocal stand” on the chief minister’s role was “unpalatable to his (Modi’s) adversaries” in the state and in Delhi.

Punjab | Search underway by BSF officials after a drone was…

“They engineered petitions against me, accusing me of favouring the chief minister. The grapevine had it that they misused central agencies to monitor my telephonic conversations. They were, however, disappointed not to find anything incriminating,” he said.
Raghavan said false charges were aired against him on the sly to start with, and later openly. “Fortunately, the apex court stood by me and backed me to the hilt. I was found inconvenient because I refused to buy the argument that the state administration connived with the rioters who were targeting the Muslim community. Our investigation was clinical and professional,” he asserted.
“If I displayed a measure of professional acumen and objectivity, it was not a little due to the sterling assistance of Ashok Kumar Malhotra, whom I inducted into the SIT in 2009,” said Raghvan praising Malhotra, who was asked to oversee the team’s work after the apex court allowed Raghavan to be relieved from the duty in 2017. Without naming anyone, Raghavan said it was unfortunate that he was the target of attack by those instigated by “highly placed persons at the helm of affairs in Delhi”.

Talking about the Ehsan Jafri case, he said there was no record to establish that the Congress MP had tried to reach the chief minister by phone.

“A few others, including Sanjeev Bhat, had also alleged that the chief minister, at a late-night official meeting on 28 February 2002, had directed senior police officers present at the meeting not to intervene if Hindu emotions overflowed. Here again, there was no corroboration to the charge,” Raghvan asserted.
None whose presence at the meeting was established beyond doubt told SIT that they saw Sanjeev Bhat at the meeting, held essentially to review the law and order situation arising from the Godhra train attack, he said.
“In our report to the apex court we absolved the chief minister of the alleged illegal direction to the police,” he said.
Raghavan assumed office as head of SIT in early 2008 and carried on for nine years, until April 30, 2017.

India in touch with China for mutual solution to Ladakh standoff