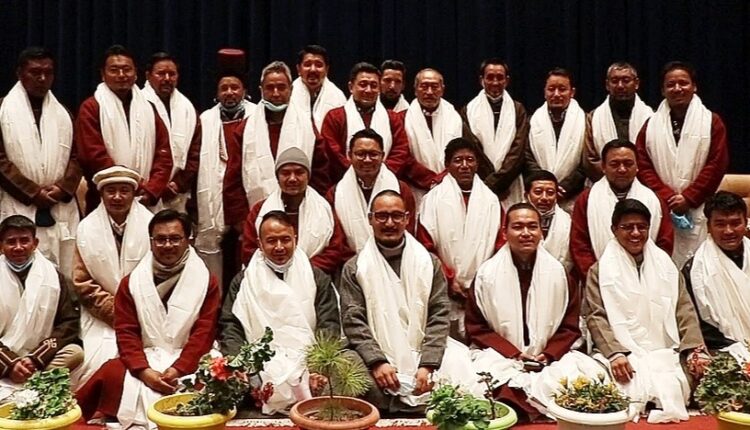 Leh, October 31: Ladakh on Saturday witnessed yet another historic moment when all the newly elected 26 councilors to the Ladakh Autonomous Hill Development Council, Leh took oath at Sindhu Sanskriti Kendra here, the day it had become a Union Territory an year ago.

Administered oath of office and secrecy by the Principal District and Session Judge, Leh, R.S Jasrotia, they later elected Advocate Tashi Gyaltson as the new Chairman/Chief Executive Councilor of the Leh Hill Council and Councillor Diskit Tsering Angchuk as its Deputy Chairman.

Malabar exercise to begin in two phases from November 3