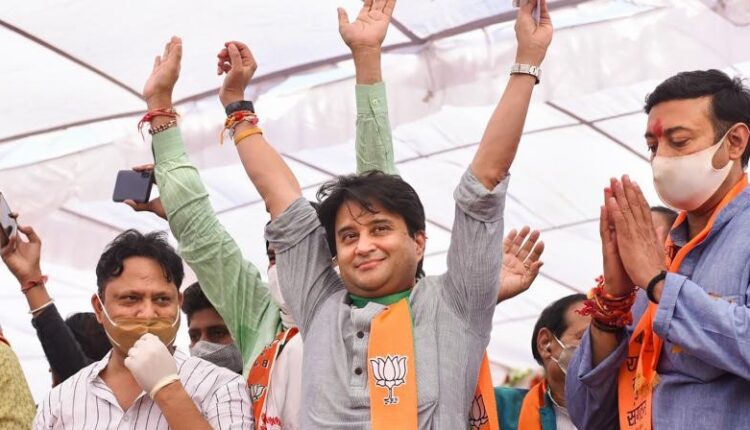 New Delhi, November 1: BJP’s Rajya Sabha MP Jyotiraditya Scindia, who had left Congress to join thesaffron party, had an embarrassing slip up at a public meeting in Darbara assembly constituency on Saturday when he while campaigning for party candidate Imrati Devi during Madhya Pradesh byelection asked people to press the EVM button at Congress symbol “Hand’’ instead of BJP’s “Lotus’’ on November 3.

The Central Government on Thursday extended the existing…

Union Budget 2022-23 will be presented by Union Finance…

However, he soon realized the mistake and he immediately appealed people to vote for BJP and Imrati Devi.

Congress took a jab at Scindia over his slip up saying in a tweet “Scindia ji, the people of Madhya Pradesh assure you that they will hit the hand symbol on November 3.”

The Central Government on Thursday extended the existing COVID-related restrictions…