CORONAVIRUS: THE STORY OF HOW THE VIRUS SPREAD ACROSS THE GLOBE 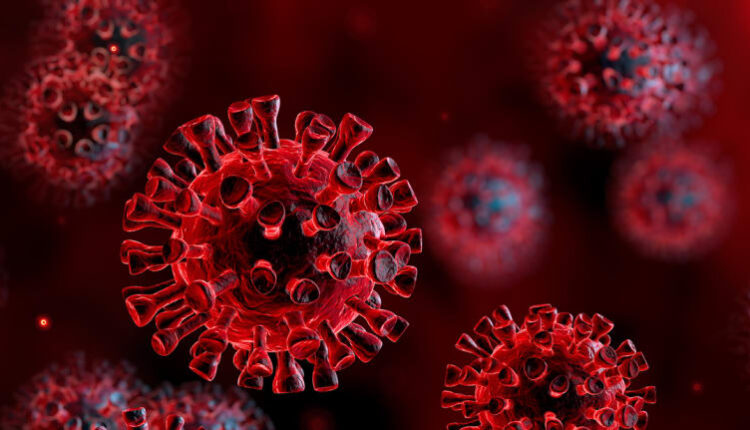 A 61-year old man from Wuhan became a first casualty to the virus leading to leading to world’s first lockdown there. The city attracted the attention of the world on January 8 when all the cases of “mysterious’’ pneumonia reported at the end of December were identified as a new Coronavirus.

WHO declared the situation a “public health emergency of international concern’’ after disease spread across mainland China as efforts to contain the virus to Wuhan city failed.

China claims to have registered an over 90,000 cases of Coronavirus and nearly 5,000 deaths, but the figures are expected to be much more.

WHO declares a global emergency as cases of Coronavirus cases emerge outside China also, in 18 countries.

First death reported outside China with a 44-year-old man from Philippines dying of COVID-19. Philippines register over 5,000 deaths as COVID-19 cases continue to mount despite strict lockdown restrictions in the country.

First death reported in Europe as a Chinese tourist dies in France.

WHO declares a pandemic as virus goes global.

With many countries witnessing increase in cases of Coronavirus, Europe becomes the epicenter of the pandemic.

With an over 9,900 deaths, Belgium was one of the first Eupropean countries to have a Coronavirus death when a Belgian woman returning from Wuhan was tested COVID-19 positive on February 4. It took another month for the cases to appear and in early March, several people were tested positive after they returned from holiday in North Italy.

By April 1, Belgium was the third highest death toll after Italy and Spain.

As Europe locksdown, virus spreads West making US the epicenter.

The virus spreads across Latin America with cases in Brazil passing one million mark.

US withdraws from WHO marking growing disagreements over global response to the virus.

With an over 16,000 deaths in South Africa, cases of Coronavirus in Africa pass over one million.

With 50,000 deaths, Mexico become third country in the world to have highest number of Coronavirus deaths.

‘Most regrettable’ that evidence-based proposals to…

Russia had two Chinese nationals tested positive on January 31, but it enforced a national and border lockdown until May end only after March 2 when infection spread from Italy. The country had over 20,000 deaths.

Russia claims to have developed vaccine, much to the disbelief of experts. However, despite surpassing one million cases as on September 1, Russia figured at 12th place in respect to highest number of Coronavirus deaths in the world.

Italy reimposes restrictions as concerns grow about a second wave across Europe.

The Palestinian enclave of Gaza imposes, which had been able to fend off Coronavirus for months by shutting its borders for the world, imposes lockdown following confirmation of first community transmitted cases. Gaza had over 250 deaths.

India records world’s highest single day spike in cases. Though India has world’s highest number of more than 5.9 million cases, its death rate has been praised for being relatively low at nearly 95,500.

Local lockdown and restrictions in UK as second wave begins.

With experts expecting a vaccine early next year in view of many having passed the advanced testing stage, restrictions on the lives of people remain as the virus continues to spread.

Oxford University set to commence a new clinical study to assess the anti-tumour necrosis factor (anti-TNF) drug adalimumab in COVID-19 patients in the community, primarily care homes, across the UK.

Bharat Biotech partners with ViroVax to use the latter’s adjuvant to boost the immune response of its COVID-19 vaccine candidate Covaxin.

US based Emergent BioSolutions announces the beginning of Phase III INSIGHT-013 trial to analyse its plasma-derived therapy, COVID-19 Human Immune Globulin in patients admitted in hospitals.

Before phase-III trial, health authorities in Russia approve a second COVID-19 vaccine that has been created by a former bio-weapons research laboratory. This is the second time, Russia bypassed approval of the drug in a desperate move to control the rising Coronavirus cases.

The US, India and Brazil remains most badly affected countries worldwide, accounting for 50 per cent of the total confirmed cases across the world.

Making up 20 per cent of the globally confirmed 46,639,000 cases, US continues to take the lead as most heavily affected country worldwide. With many regions across Europe experiencing a rapid rise in COVID-19 cases, France, Germany and Belgium impose nationwide lockdown, while England is set to introduce it this week in an effort to contain the spread of virus.

As cases of infection and deaths increase, hope for a vaccine early next year remains, with several already having passed the advanced testing stages.

Until then, restrictions on people’s lives around the world remain as the virus continues to spread.

‘Most regrettable’ that evidence-based proposals to blacklist world’s notorious…

#CommonwealthGames2022 | India finish fourth in the medal tally with 22 Gold, 16…