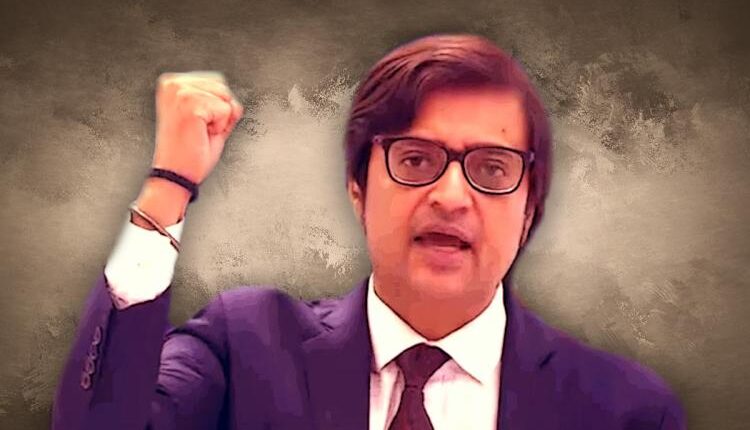 Mumbai, November 4: Arnab Goswami, Republic TV founder and one of the India’s top news anchors, has been arrested by Mumbai Police in connection with an abetment to suicide case involving the death of an architect who had designed his studio.

Police said he was being investigated for his alleged role in the death of an architect Anvay Naik who committed suicide in 2018. The deceased’s wife had described provocation to non-payment of his fee by Goswami.

Naik and his mother were found dead in May 2018 at their home in Alibaug region of the western state of Maharashtra. The former had allegedly left a suicide note in which he blamed Goswami for his death. The deceased’s wife has been campaigning on social media for the case to be investigated thoroughly, making Maharashtra Home Minister Anil Deshmukh recently ordering a special team to investigate the case.

A police team arrested Goswami from his home in Mumbai on Wednesday. Visuals showed scuffles taking place between Mr Goswami and the police team.

Republic TV has accused the police of “manhandling” Goswami’s family members – police are yet to comment on the allegations.

Goswami is known for his aggressive style of anchoring and questioning. But his critics say that he often comes across as sympathetic to right-wing politics in the country.

Ministry Of Home Affairs orders transfers and postings of…

Jammu and Kashmir Delimitation: Order takes effect from May…

In recent months, he has been particularly critical of Mumbai police over their handling of the death of Bollywood actor Sushant Singh Rajput, often accusing it of being lenient in their investigation into the matter.

He has also been critical of the Maharashtra state government, which is run by a coalition headed by regional Shiv Sena party – a former ally of Prime Minister Narendra Modi’s Hindu nationalist Bharatiya Janata Party.

Republic TV says that Goswami has been targeted over his journalism.

Many on social media, even those who do not like his brand of journalism, have question the manner in which the police arrested him.

“Congress and its allies have shamed democracy once again. Blatant misuse of state power against Republic TV and Arnab Goswami is an attack on individual freedom and the 4th pillar of democracy. It reminds us of the Emergency. This attack on free press must be and WILL BE OPPOSED,” tweeted Home Minister Amit Shah as reports emerged of Arnab Goswami’s arrest.

“We condemn the attack on press freedom in Maharashtra. This is not the way to treat the Press. This reminds us of the emergency days when the press was treated like this,” posted Information and Broadcasting Minister Prakash Javadekar.

Are we returning to an age of facism and dictatorship in the garb of democracy? Vendetta politics exceeding all limits. Absolutely no ground to arrest #ArnabGoswami. Miniu=mum that the Maharashtra Govt can do to vindicate the freedom of press is to release him immediately, tweeted Union Minister of State in the PMO Dr Jitendra Singh.

US elections: Trump says will move Supreme Court over delayed counting of votes

Jammu and Kashmir Delimitation: Order takes effect from May 20.