US elections: Trump says will move Supreme Court over delayed counting of votes 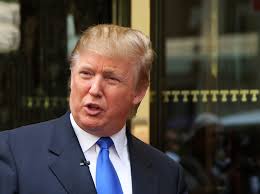 New Delhi, November 4: In the run up to close race for White House in key states, US President and Republican candidate Donald Trump on Wednesday said he would go to the Supreme Court to stop delayed counting of votes.

In a short address to the media and supporters at the White House, Trump claimed he was on way to victory but “all of a sudden, everything snapped.” Trump’s words means means the final results may not be in for a week as the parties battle it out in the nation’s top court.

Trump is in a close contest with Democratic Party challenger Joe Biden with the latter having won 220 electoral college votes and the incumbent 213. A contestant needs to win 270 electoral votes to occupy the White House.

The President claimed he was “winning” in Pennsylvania, North Carolina, Georgia and Michigan. While the counting so far puts him ahead in those states, the results have not been called out there yet. He is behind in Arizona.

In the US, states frame their own rules on how long voting can happen. This allows people to keep walking in to vote even after voting elsewhere has ended. Officials and the media call out the results and not the President as such.

The Democrats have retained control of the House of Representative which means that if Trump returns to power, the stalemate over the fiscal stimulus could linger. The Republicans will have control of the Senate.

Trump, like in 2016, has defied the odds again this time, coming out fighting well against Biden who the media and the pollsters said would have a 10% victory margin.

Critics fear the SC ruling in favour of Trump as the majority of judges are conservative.

The markets reacted on the news flow with the US Dow December Futures giving up 300 points to trade in the negative. The futures recovered to go back to the green. Bitcoin surged past the 14,000 mark for the first time since 2017 and the Chinese yuan tanked as the initial counting indicating that Trump, a Chinese baiter, wasn’t out of the contest. Betting markets flipped in favour of a Trump victory but the odds look stacked against the incumbent now.

Data at several US news outlets pointed out to the US President holding sway over Hispanics, Blacks and Latin Americans. Biden seemed to be doing better with the Mexicans and the elderly whites, probably the covid factor playing a role there.

The world’s largest economy saw its highest voter turnout in more than a century with 160 million people voting, accounting for a 67% turnout.