Weapons smuggled by Lashkar from PoK seized in Poonch 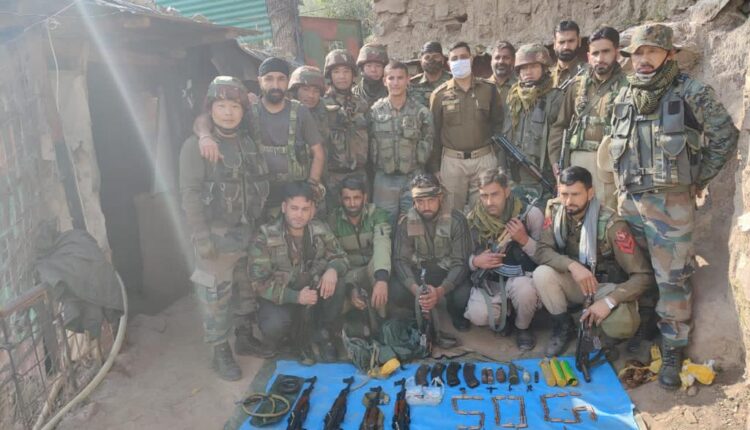 Poonch, November 9: Jammu Kashmir Police on Monday seized a huge consignment of arms and ammunition in border Poonch district’s Kirni sector, which had been smuggled smuggled from across the Line of Control.
The seizure came during searches launched jointly by Special Operation Group of Police in the district and 10 Assam in general area of Kirni on the basis of specific information.

During searches, the search parties found a bag containing weapons hidden under boulders near the LoC.

The consignment included four AK-56 rifles along with four magazines and 141 rounds, two AGL grenades, two hand grenades, 20 Islamic diaries, one camel bag, AK accessories and a rucksack. Police said that initial investigations revealed that the seized consignment was to be smuggled to Kashmir to make Lashkar-e-Toiba step up terror related incidents.

A case has been registered at Poonch police station.

Border areas of Eastern Ladakh get 4G connectivity with the world

Kashmiri youth have no option than picking up the gun; says Mehbooba Mufti