Modi govt will “audit’’ all misdoings of regionl parties in J&K: BJP 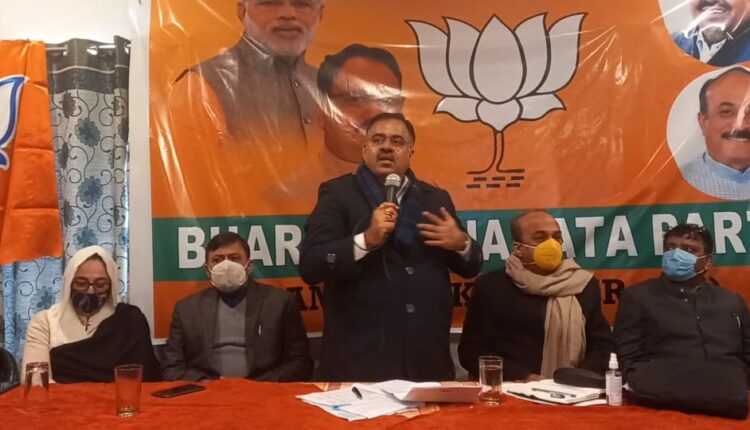 Srinagar, November 17: BJP national general secretary Tarun Chugh on Wednesday said that Prime Minister Narendra Modi led government will “audit all the misdoings of regional parties’’ in Jammu and Kashmir, saying they are committed to provide justice to people.

Chugh, who is also incharge of party affairs in Jammu and Kashmir, is on his maiden visit to Kashmir.

Adressing the party workers,  he said regional parties in J&K  have to answer each and everything they did during the past seven decades. “Some of leaders have made properties in foreign countries and all will be investigated,” he said.

Pointing out that BJP was committed to ensure justice to the people, he said “we will provide justice to Kashmiri mothers, brothers and sisters whose rights have been snached by the so called leaders’’.

He termed the Gupkar Alliance parties as “Gapkar Gang” who are exploiting and misleading the people of J&K. They are day dreaming as “Article 370 will never be restored and neither China nor Pakistan can dare challenge India now,” he said.

He said that both Abdulla’s and Mehbooba Mufti have lost the democratic space in the region as nobody is interested in dynastic rule again. BJP will not allow the Gupkar Gang to succeed in their nefarious designs, he added.