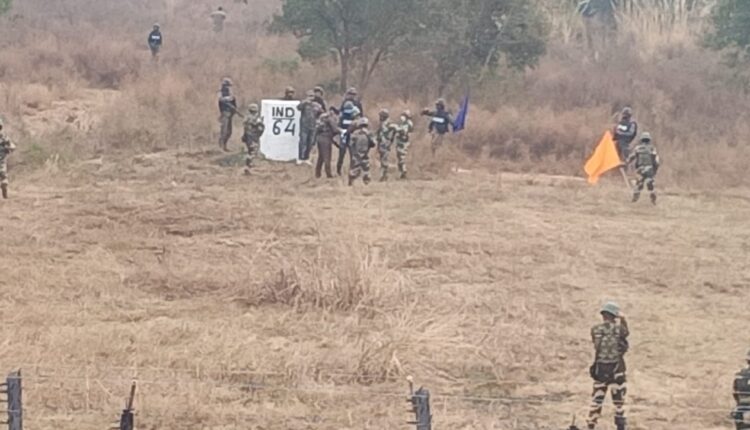 Jammu, November 24: BSF and Pakistani Rangers on Tuesday held a flag meeting along the international border in Jammu Kashmir’s Samba district wherein former handed over the body of a Pakistani national to them.

This was done only after the Rangers identified the deceased as Abdul Hamid son of Rojdeen of Chaman Khurd in Shakargarh area of Pakistan. The deceased was shot dead by BSF after he came near the fence so as to cross over to Indian side.

The flag meeting, which took place two days after the detection of a cross border tunnel in Samba district’s Regal area, ended in a cordial atmosphere. Four Jaish-e-Mohammad militants who were killed by police at Ban Toll Plaza along the Jammu-Srinagar national highway, had passed through this tunnel. Since then, BSF is on heightened alert in the area.