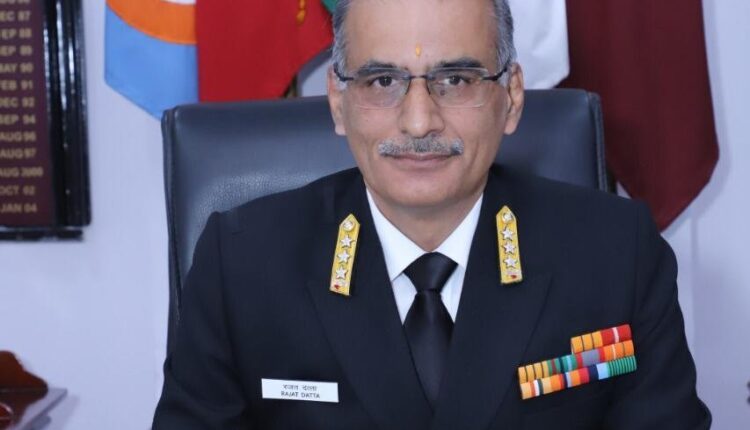 New Delhi: Surgeon Vice admiral Rajat Datta on Friday took over as the Director General, Armed Forces Medical Services. He is the senior most medical officer in the defence forces and he will look after the health services of all services. Datta is an alumnus of Armed Forces Medical College, Pune and after completing his MBBS in 1982, was commissioned into AMC on December 27, 1982. Thereafter, he went on to do his post-graduate studies in General Medicine viz MD and DNB from Bangalore University and National Board of Examinations respectively in 1990 followed by Doctorate of Medicine (DM) in Cardiology from Pune University in 1998. He is a Fellow of Society of Cardiovascular Angiography and Interventions USA. He also holds the coveted appointment of Cardiologist to the President of India.

New Delhi: PM Narendra Modi Government has extended the “disability compensation” to all serving Central government employees who get disabled in the line of duty and are retained in service in spite of such disablement, Union Minister Jitendra Singh said on Friday. The order will particularly provide a huge relief to young central armed police force (CAPF) personnel of CRPF, BSF, CISF, etc since disability in performance of duties is generally reported in their case due to constraints of job requirement as well as hostile or difficult work environment. “Pertinent to mention that this new order will remove an anomaly in service rules, considering the hardship faced by the employees,” said Singh, the minister of state for personnel. A 2009 order of the government did not provide such compensation to those government servants who were appointed on or after January 1, 2004 and covered under National Pension System (NPS), according to a statement issued by the Personnel Ministry.

Nowshera: An Indian Army soldier was killed on Friday as Pakistani troops resorted to unprovokved mortar shelling and small arms fire along the Line of Control in Rajouri ditrict’s Nowshera sector of Jammu and Kashmir. Identifying the deceased as Naib Subedar Ravinder, sources said that he got critically injured during sudden mortar sheling and small arms fire by Pakistani troops around 3.30 pm. The Indian Army responded strongly, sources said, adding that the injured soldier later succumbed to his injuries. Naib Subedar Ravinder was a brave, highly motivated and sincere soldier and the nation will always remain indebited to him for his supreme sacrifice and devotion to duty, an Army PRO said. In the evening around 5.30 pm, Pakistani troops again initiated unprovoked ceasefire violation in Nowshera sector. The Indian army retaliated befittingly.

Youth held with grenades in Mahore

Reasi: Jammu and Kashmir Police on Friday arrested a 20-year-old youth along with arms and ammunition in Mahore and seized at his disclosures, five live grenades along a 9 mm pistol and ammunition from a hideout. The arrested youth has been identified as Mohammad Yousaf of Deval village and a case has been registered against him at Mahore police station.