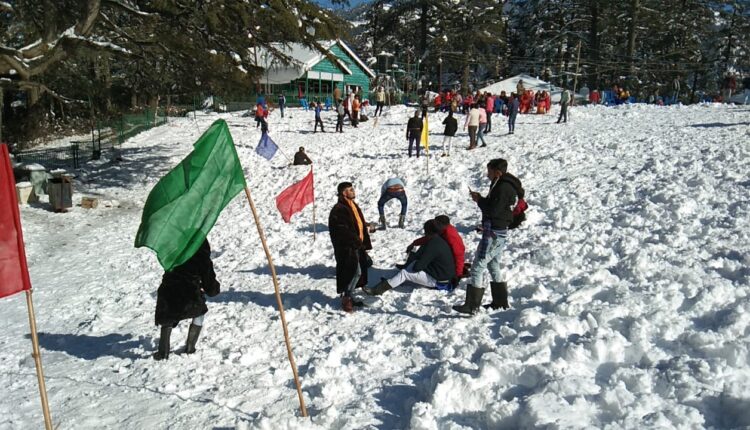 A large number of tourists from all over India, especially U.P. Gujarat, Kolkata, Punjab, Chandigarh, Karnataka thronged the main meadow at Patnitop and enjoyed the activities organized by the Department during the three-day mega event.

SSP Ramban, Haseeb-Ul-Rehman, was the chief guest on the occasion while  ADC, Ramban Harbans Sharma, and  SSP Security, Civil Secretariat, Jammu, Yaseen Kichloo were the Guests of Honor on the concluding day of the Winter Carnival.

The carnival was organized by Directorate of Tourism, Jammu in collaboration with Patnitop Development Authority, J&K Tourism Development Corporation, Hotel/Travel Trade Associations of Jammu, Katra, Bhaderwah & Patnitop and District Administration, Udhampur/Ramban and started on December 29 to attract tourists to the scenic hill station of Patnitop during the snowfall season.

The tourists appreciated the efforts of the Tourism Department re-starting the tourism activities in the region and making elaborate arrangements for celebration of the Snow Festival on New Year’s Eve at Patnitop.

The Directorate of Tourism, Jammu is also planning to organize more such programs aimed for Tourism promotion in coming days. Pertinent to mention here is that this was the fourth event in the series being organized to create awareness among tourists and for the tourism promotion purpose.