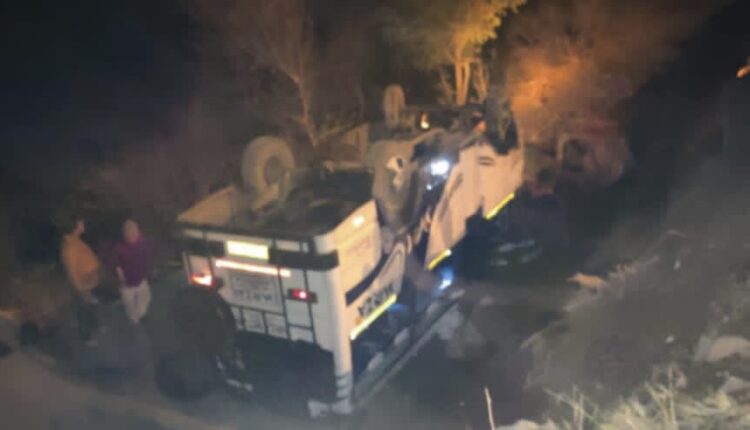 Jammu: At least ten tourists sustained injuries after a vehicle they were travelling in overturned near Chenani-Nashri tunnel in Jammu division on Saturday evening.

Deputy Commissioner Udhumpur said that a mini-bus bearing Registration number JJ-08B 9978 on way from Patnitop to Katra base camp of Vaishno Devi temple carrying tourists from Delhi met an accident after the driver purportedly lost control over the vehicle near Mada in vicinity to Prem Hotel.

The vehicle carrying twenty-two passengers overturned to fell some twenty feet down from the roadside, the District officer said.

In the incident ten passengers sustained injuries who, according to Singla, were shifted to Community Health Centre at Chenani for administration of first aid.

“Out of the ten injured, a kid has suffered fracture in his ribs and another male sustaining fracture in his arm”, Singla said adding that “Eight other passengers have minor injuries.”

“All of the them have been accommodated in CHC Chenani for the night”, Singla added.