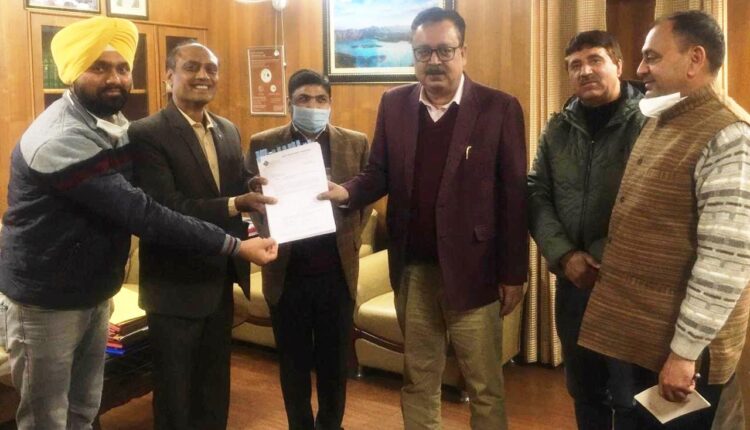 Great Mission Group Consultancy Pune has submitted the application through Adhik Kadam, Chairman of the Borderless World Foundation, facilitated by Department of Agriculture Production & FW, for its registration as Geographical Indication to the Registrar GI Registry Chennai.

Prof Ganesh S Hingmire, Chairman of the Consultancy group presented the copy of GI application to Navin  Choudhary, who lauded his efforts and also patted Dr. Sagar D. Doifode, Deputy Commissioner Doda, for his painstaking efforts in projecting Doda Gucchi Mushroom for a global niche. He added that Gucchi holds a special place among the costlier food items as an excellent and elite because of its high cost.

Choudhary averred that Doda Gucchi Mushroom is one of the most popular, flavorful, medicinally beneficial mushroom species found in the nearby forest areas of the Doda.

This Mushroom variety is among world’s costliest food items that grow wild and collected manually. The farming community in the district traditionally collects the Mushroom from forested areas through a well managed community approach. Locally   known as “thunthoo”, it is a familiar commodity among natives spread in the entire areas of the district.