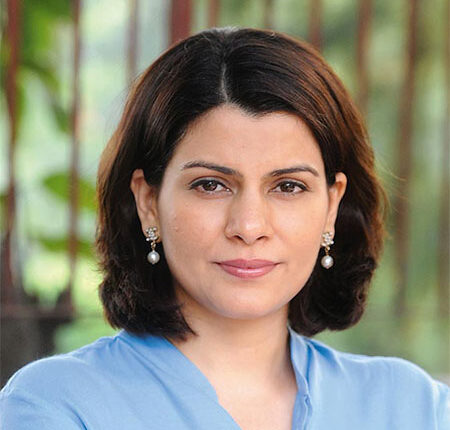 New Delhi: Former NDTV anchor Nidhi Razdan has sensationally claimed that she had fallen victim to a sophisticated phishing attack, who duped her to believe that she had been offered a job with Harvard University.

Taking to Twitter, Razdan wrote, “I have been the victim of a very serious phishing attack. I’m putting this statement out to set the record straight about what I’ve been through. I will not be addressing this issue any further on social media.”

She also released a full statement outlining how she was duped into quitting her job with the NDTV. According to the former NDTV anchor, she was given to believe that her stint with the prestigious university will commence from September 2020. However, she was later told that her teaching job at the university will start from January 2021 due to the COVID-19 pandemic.

Razdan said that she began noticing ‘a number of administrative anomalies’ in the process being described to her. But she dismissed these anomalies as being reflective of a new normal due to the COVID-19 pandemic.

However, soon she became suspicious and approached the university for clarity. “Upon their request, I shared some of the correspondence that I believed I had received from the University,” the statement by her read.

Razdan said that the response from the university convinced her that she had become a ‘victim of a sophisticated and coordinated phishing attack.’ “I did not, in fact, receive an offer by Harvard University to join their faculty as an Associate Professor of Journalism. The perpetrators of this attack used clever forgeries and misrepresentations to obtain access to my personal data and communications and may have also gained access to my devices and my email/social media accounts,” she added.