No one should make any mistake of testing Indian Army’s patience:Gen Naravane on Ladakh standoff 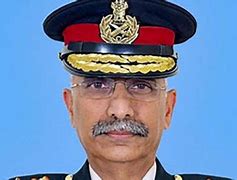 New Delhi: In a clear message to China, Chief of Army Staff Gen MM Naravane on Friday said no one should make any mistake of testing India’s patience though it is committed to resolve the border standoff along the northern frontier through talks and political efforts.

In an address at the Army Day parade here, Gen Naravane said a “befitting response” was given to the “conspiracy” to make unilateral changes on the border and that the sacrifice of the Galwan heroes in eastern Ladakh will not go waste.

“We are committed to resolve disputes through talks and political efforts but no one should make any mistake of testing our patience,” he said.

“I want to assure the country that the sacrifice of the Galwan heroes will not go waste. Indian Army will not allow any harm to the country’s sovereignty and security,” he added.

Twenty Indian Army personnel laid down their lives in a fierce hand-to-hand combat on June 15 last year in Galwan Valley, an incident that marked the most serious military conflicts between the two sides in decades.

China is yet to disclose the number of its soldiers killed and injured in the clash though it officially admitted to have suffered casualties. According to an American intelligence report, the number of casualties on the Chinese side was 35

“We are committed to resolve disputes through talks and political efforts but no one should make any mistake of testing our patience,” Gen Naravane said.

He said eight rounds of military talks were held between India and China to bring the situation under control.

“Our efforts will continue to find a solution to the current situation on the basis of mutual and equal security,” he said.

Referring to cross-border militancy from Pakistan, he said the neighbouring country continues to provide a safe haven to militants.

“Strong response is being given to the enemy on the other border. Pakistan continues to provide safe haven to terrorists. In the training camps, across the LoC (Line of Control), around 300-400 terrorists are ready to infiltrate,” he said.

“There was an increase of 40 per cent in the ceasefire violations last year which is the proof of Pakistan’s sinister plans. There were also attempts to smuggle weapons using drones,” he added.

Punjab Minister Vijay Singla arrested by Anti-Corruption Branch. He was sacked by CM…

President Ram Nath Kovind has appointed Vinai Kumar Saxena to be the Lt. Governor of…