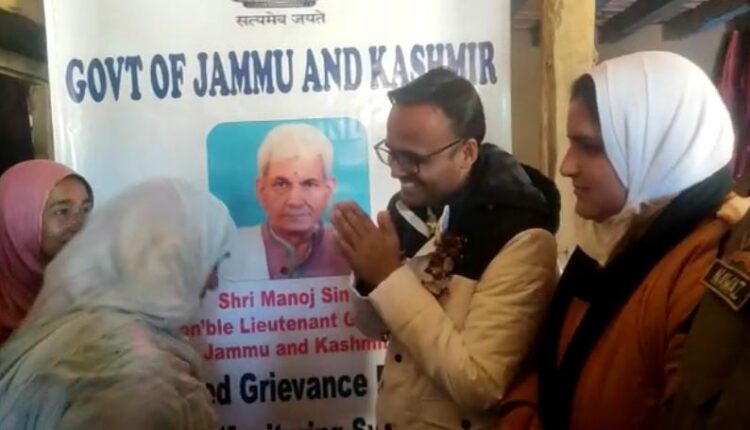 Doda: It was a momentous Sunday for Atta Mohammad, a school teacher, as he saw the light of an electricity bulb at his home in Jammu and Kashmir’s remote Ganouri village of hilly Doda district, first time over seven decades after indepence.

However, administration in coordination with Jammu Power Development Corporation Limited (JPDCL) and Shalaka officials completed the task 15 days ahead of schedule despite adverse weather conditions, an official statement here said.

Until now, villagers from the village used to track nearly 3 km down the hill to village Tanta even to get their mobile phones charged, said a local Jaffer Ahmed. A few houses had solar lights, but these too used to work only when it had been a sunny day, he added.

To celebrate the historical moment with the villagers, Doda Deputy Commissioner, Dr Sagar D Doifode visited the village and formally declared it as electrified by lighting up a bulb amid huge rounds of applause by elated locals. Speaking on the occasion, the DDC congratulated the people of the area on getting the electricity supply for the first time. He reiterated the resolve of Lieutenant Governor’s administration to provide all basic amenities to the people, especially those living in the far flung areas.

The DDC said that the progress of electrification work was monitored on a daily basis, while providing every logistic support to the JPDCL team associated with the task. “The executing team demonstrated great resolve by finishing the work in just half a month- fifteen days ahead of the deadline,” the DDC added.

The villagers celebrated the accomplishment of the LG Administration and also showered praises on the district administration.

Among others present at the program were SDM Thathri, Athar Amin Zargar, BDC Chairperson Kahara besides other officials.

However, people in the adjoining villages of Wanipora and havalgoat with nearly 600 households held demonstration against the power development department for leaving them unelectrified.